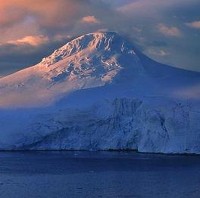 The meeting worked on looking at the possible connections of the Arctic Futures Initiative with three Arctic Council (AC) Working Groups, the AC project Adaptation Actions for a Changing Arctic (AACA), and revisiting the plans of the newly established Arctic Economic Council (AEC) for collaboration between business and research communities. The meeting also included the views of the Senior Arctic Official level of the Arctic Council.

Several issues were brought up during the meeting, for example the uncertainties in development of the Artic in relation to global economic developments, potential new balance to the global energy cycle affecting the Arctic, large uncertainties based on natural and regional variability as well as uncertainties in global developments, need for risk assessments and risk management under a warming climate. There are requests for, as examples, quantitative results in relation to the economic development for various sectors of importance in the Arctic, integrated assessment tools and modeling for the Arctic, integrated socio-economic models on uncertainties, a sustained assessment process, policy prescriptive research and indicators for decision makers, network building among research, policy and business communities working on the Arctic. Rigorous science-based information and plausible scenarios on the futures of the Arctic are needed.

• Center for Science Diplomacy, American Association for the Advancement of Science

• International Department of the Parliament of Finland

• Finnish Ministry of the Environment Research

Institutions involved in the meeting were:

• Geophysical Research Center of the Russian Academy of Sciences