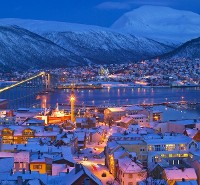 The Arctic Council as a high level intergovernmental forum established in 1996 to provide a means for promoting cooperation, coordination and interaction among the Arctic States, with the involvement of the Arctic Indigenous communities and other Arctic inhabitants on common Arctic issues, in particular issues of sustainable development and environmental protection in the Arctic.

The Arctic Council consists of the eight Arctic States: Canada, Denmark (including Greenland and the Faroe Islands), Finland, Iceland, Norway, Russia, Sweden and the United States.

Nine Intergovernmental and Inter-Parliamentary Organizations have been given observer status:

Eleven Non-governmental organizations are observers in the Arctic Council: