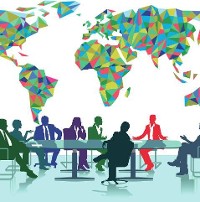 The GSICS is one of the institutes taking part in the Arctic Challenge for Sustainability (ArCS) Project, a 5-year (2015-20) research project of the Japanese government. Under this project, GSICS is responsible for research on the Arctic legal and policy issues, focusing on the Arctic international legal framework and institutions. The Polar Cooperation Research Centre was established on 1 October 2015 to implement and promote this research project within GSICS.

The seven priorities of the 2015 Japanese Arctic policy were introduced, providing context for the symposium on the international legal order in the Arctic, regarding:

The meeting emphasized recent bi-lateral cooperation with Japan in the Arctic involving Finland, Norway, Canada, China and Korea. The event also highlighted the importance of international rulemaking through the United Nations Convention on the Law of the Sea (UNCLOS), especially in view of the Arctic Council with consideration of new agreements, including the ‘Polar Code’ through the International Maritime Organization. The roles for business and development of the Arctic Investment Protocol through the World Economic Forum were discussed.

Amb. Hannu Halinen introduced the Arctic Futures Initiative and its international relevance. There was active discussion and questions in response to the presentation, with particular interested in the AFI decision-support process. There also were observations by Japanese colleagues about the relevance of AFI to the Arctic Challenge for Sustainability (ArCS) program by Japan.

Following the symposium, Ambassador Hannu Halinen and Professor Paul Berkman met with Professor Akiho Shibata to further discuss collaboration with AFI and ArCS, all agreeing that there are excellent opportunities for productive engagement going forward.

The meeting program included presentations and discussions of high interest, including presenters from Japan, Russia, Canada, Denmark, Finland, and the United States.