Minister Paavo Lipponen, the former Prime Minister of Finland will meet with IIASA Director General and CEO Professor Dr. Pavel Kabat and give presentation on “Arctic and Northern Policy Perspectives” in symposium at IIASA on 21 November 2016 followed by sandwich lunch. 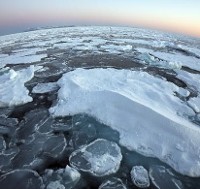 Minister Paavo Lipponen is a Finnish politician and former reporter. He was Prime Minister of Finland from 1995 to 2003, and Chairman of the Social Democratic Party of Finland from 1993 to 2005. He also served as Speaker of the Parliament of Finland from 2003 to 2007 and was his party's nominee in the 2012 Finnish presidential election.

The Arctic and the European North from Southern Baltic Sea – The Northern Dimension region – should be regarded as an area for cooperation particularly in combating climate change, in sustainable development and in developing logistical networks. Concrete action is needed particularly on reducing black carbon emissions. The mineral resources in the European arctic are among the richest on the globe, the Arctic seas have great potential for food production. Logistically, the European North is progressively being connected with Eurasian networks, while North-South links should be developed, too. A marine communications cable from Europe to Asia via Norther Sea Route would improve competitiveness of EU and Russia.

Arctic cooperation has successfully been held outside geopolitical confrontation. Tension reduction around the Baltic Sea is necessary in order to benefit from peaceful cooperation. Institutions like the Barents Euro- Arctic Council, the Council of Baltic Sea States and Northern Dimension Cooperation should all be fully used for regional progress. 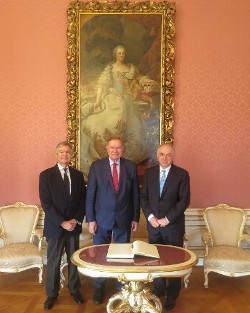 Paavo Lipponen studied American literature and philosophy at Dartmouth College, USA, and took his MA in political science and social psychology at the University of Helsinki. He served as International Secretary and Head of Political Department of the Finnish Social Democratic Party 1967-1979, and as Secretary to the Prime Minister Dr. Mauno Koivisto 1979-1982. He was Director of the Finnish Institute of International Affairs 1989-1991. Lipponen was Member of Parliament 1983-1987 and 1991-2007. Having been elected Chairman of the Social Democratic Party in 1993 he became Prime Minister for two terms 1995-2003 and Speaker of Parliament 2003-2007. He has written six books, including two volumes of memoirs and an essay book published in Germany (Die Vernunft siegt 2014). Recently he has published three reports on Arctic policies: “A Strategic Vision for the North”, a report to the Confederation of Finnish Industries (2015), “For an Ambitious EU Arctic and Northern Policy”, a memorandum for European Commission President Jean-Claude Juncker (2015) and “Arctic Economic Opportunities” with Pöyry Consulting.

Lipponen is Chairman of Association Alvar Aalto en France, Chairman of Svenska Nu campaign for the Swedish language and Chairman of the Delegation for the preservation of Veterans´ Heritage. He is Member of the European Steering Committee of Notre Europe/Jacques Delors Institute in Paris and Member of the Board of Trustees of Oslo Center.