Dr. Ólafur Ragnar Grimsson, the former President of Iceland and Professor Lassi Heininen, University of Lapland, Finland, met with IIASA Director General and CEO Professor Dr. Pavel Kabat and gave presentations on “The Arctic: The last modern frontier - The first future frontier”  and ”Arctic geopolitics - high stability as an asset to reformulate world politics” in symposium in the Wodak room on 27 April 2017. 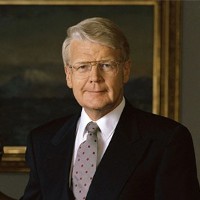 Ólafur Ragnar Grímsson was the President of Iceland for twenty years, 1996-2016; electe five times in nationwide elections. He now serves as the Chairman of the Arctic Circle, which he founded three years ago with other Arctic partners. The Arctic Circle Assembly held in Iceland every October has become the largest annual international gathering on the Arctic, attended by 2000 participants from 50 countries: heads of states and governments, ministers, members of parliaments, officials, experts, scientists, entrepreneurs, business leaders, indigenous representatives, environmentalists, students, activists and others from the growing international community of partners and participants interested in the future of the Arctic. The Arctic Circle has also organized specialized Forums in other countries; so far, in Alaska, Singapore, Greenland and Quebec.

The Arctic was for centuries unknown to the Western world of science and politics. The explorers brought it on the agenda in the beginning of the 20th century but then the Cold War closed it again. Only in the  21st century has the Arctic opened up for multi/dimensional cooperation; it became the last modern frontier. Now all the major powers of Asia and Europe have entered the Arctic where together with the United States and Russia and other Arctic states they are positioning themselves in the growing economic, political, scientific and environmental engagement. The Arctic has thus become the first frontier of the 21st century influencing the fate of our Planet. The evolution of the Arctic Circle Assemblies demonstrate every year the global importance of the Arctic. Nowhere else can the emergence of a new world order and the constructive contribution by the leading economic and political powers be so clearly observed. It provides both fundamental challenges and visionary hope.

At the 2010s the Arctic is peaceful and (geo)politically stable region: It is not overtly plagued by conflicts, there is no ‘wild’ race on resources. Much opposite, there are deepening inter-regional cooperation, the rules by UN’s Convention on the Law of the Sea, as well as a combination of a firm state sovereignty of, and commitments to environmental protection, by the Arctic states. There are also grand challenges and wicked problems, such as climate change, heavily impacting the region. Correspondingly, the globalized world is with uncertainty and ‘uncommon instability’ due to constant regional conflicts and wars, the fight against international terror, and recent instabilities of the world order.Following from this, it is possible to argue that the current state of Arctic geopolitics is exceptional in international politics, even a new metaphor for an ‘Exceptionalism’ in IR. Further, that the Arctic region with high geopolitical stability, and without sovereignty disputes, might become a needed common ground for confidence-building between the Arctic states, as well as between them and the AC observer countries. This presentation first, defines the post-Cold War Arctic geopolitics, particularly how the high stability was achieved; second, analyzes on how the ‘globalized’ Arctic is heavily impacted by ‘globalization’, and describes significant worldwide implications of the global Arctic affecting the Earth (System); and final, discusses how to move from political stability to peaceful change, and how this stable, cooperative region could influence, even reformulate, word politics. 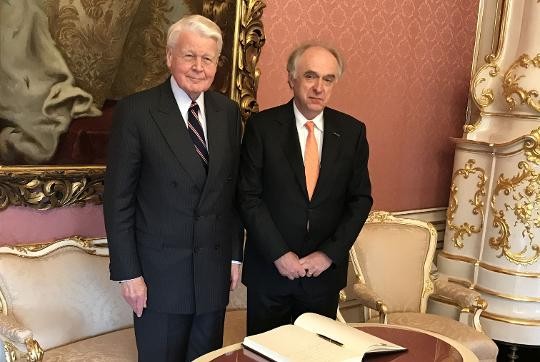 Chairman of the Arctic Circle

Ólafur Ragnar Grímsson was the President of Iceland for twenty years, 1996-2016; elected five times in nationwide elections. He now serves as the Chairman of the Arctic Circle, which he founded three years ago with other Arctic partners. The Arctic Circle Assembly held in Iceland every October has become the largest annual international gathering on the Arctic, attended by 2000 participants from 50 countries: heads of states and governments, ministers, members of parliaments, officials, experts, scientists, entrepreneurs, business leaders, indigenous representatives, environmentalists, students, activists and others from the growing international community of partners and participants interested in the future of the Arctic. The Arctic Circle has also organized specialized Forums in other countries; so far, in Alaska, Singapore, Greenland and Quebec.

Prior to becoming President, Grímsson served as Minister of Finance, Member of Parliament, and was the first Professor of Political Science at the University of Iceland. In the 1980s and early 1990s, he was the President of Parliamentarians for Global Action, an international organization of legislators.

For decades, Grímsson has been an active participant in the global climate dialogue and during his Presidency initiated and promoted clean energy projects in Asia, Africa, the Middle East, Europe, the United States and the Americas; especially using Icelandic achievements and technologies as a model. Cooperation with Sinopec has led to the largest geothermal projects in the world, building clean energy urban heating systems in a multitude of Chinese cities. He has also worked closely with Abu Dhabi in its clean energy program and is the Chairman of the Jury of the Zayed Future Energy Prize, one of the most distinguished energy prizes in the world. Grímsson serves on the Advisory Board of Sustainable Energy for All, created by the United Nations and the World Bank.

In addition to devoting his post-presidential efforts to the three areas of climate, the Arctic and clean energy, Grímsson is also involved in international cooperation on the oceans and the evolution of sustainable use of marine resources. He has received many international awards, including the Nehru Award for International Understanding, presented by the President of India; and has lectured at universities in many countries.

Dr. Lassi Heininen is a Professor of Arctic Politics at the Faculty of Social Sciences, University of Lapland (Finland).

He is also Head of Thematic Network on Geopolitics and Security Studies, and the Editor of the Arctic Yearbook, a peer-reviewed online international publication (at http://www.arcticyearbook.com).

Among his latest scientific publications are “Future Security of the Global Arctic: State Policy, Economic Security and Climate” by Palgrave Pivot; “Russian Strategies in the Arctic: Avoiding a New Cold War” (with A. Sergunin & G. Yarovoy) by The Valdai Discussion Club (at www.valdaiclub.com); “’Geopolitics’ of the Viking Age? - Actors, Factors and Space” (with J. Ahola and Frog) in Fibula, Fabula, Fact: The Viking Age in Finland by Finnish Literature Society; “Human security, the Arctic Council and climate change: competition or co-existence?” (with H. Nicol) in Polar Record.