UArctic Congress side event "Women of the Arctic"

Building on ongoing academic efforts to better understand gender in the Arctic, “Women of the Arctic” seeks to carve out a non-academic space for women and girls who work on or live in the Arctic to explore the roles and contributions of women to northern policy-making, research, exploration, art, activism, and daily life. 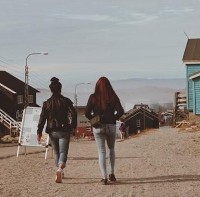 The University of Helsinki will house “Women of the Arctic: Bridging Policy, Research, and Lived Experience” on September 6 and 7 as a UArctic Congress side event. The event will begin with an evening reception on September 6 with a short play written especially for the occasion by The Arctic Cycle playwright and Artistic Director, Chantal Bilodeau. Whale Song is a short play inspired by the women of Alaska and will involve a 15-minute live performance about the migration of several females – both human and animal – within, as well as in an out of, Alaska, against a backdrop of climate change.

On Friday, September 7, invited panelists and participants will engage in a series of conversations through 90-minute panels on the experiences of women in community and business leadership roles; ways of promoting greater diversity in polar science, and the role that art can play in healing from the often-silenced topic of gender-based violence in northern communities, which disproportionately impacts the lives of northern women. Among the invited panelists are women from across the Arctic, indigenous and non-indigenous, and representing both public and private sectors.

The event will end with the closing session of the 2018 UArctic Congress with keynote speaker and former President of Finland, Ms. Tarja Halonen, a long-time advocate of gender equality.

“Women of the Arctic” is working with creative communications collective What Took You So Long to document the event. Collected materials will be hosted on a digital storytelling platform with the aim of maintaining a long-term focus on women in the Arctic.

“As interest in the Arctic and the Arctic conference landscape steadily grows, initiatives focusing on Arctic women specifically – the successes they achieve and the challenges they face - remain few and far between. ‘Women of the Arctic’ seeks to fill this critical gap and it is encouraging to see this event supported as a part of the 2018 UArctic Congress, which is an integral part of Finland’s Arctic Council chairmanship program. With Finland as a world leader regarding gender equality and women’s rights, in particular, we hope to foster an awareness of, and promote a sustained focus on, issues relating to the women of the Arctic”, say event co-organizers Tahnee Prior (University of Waterloo, Canada) and Gosia Smieszek (Arctic Centre, University of Lapland).

The event is organized with funding from NordForsk and the support of the UArctic Secretariat. It will take place in Tiedekulma, Yliopistonkatu 4, Helsinki.

For the program and more event details, see www.genderisnotplanb.com and https://congress.uarctic.org.