The Canadian International Council (CIC) is Canada’s foreign relations council. It is an independent, non-partisan membership organization and think tank dedicated to advancing constructive dialogue on Canada’s place in the world and providing an incubator for innovative ideas on how to address the world’s most pressing problems. 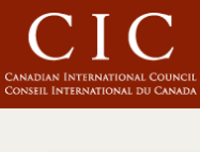 Transatlantic security before and after Crimea: Russia as a wild card?

Current relations between Russia and NATO are at the lowest level since the end of Cold War. The ongoing armed conflict in Ukraine undermined the perception of Russia as a reliable partner in eyes of Western countries. Even though there are different perceptions of Kremlin’s foreign policy in particular Alliance members, there is a general consensus on the condemnation of Russian military activities in Ukraine. At the same time, there have been many attempts of NATO allies to develop long-term platforms for cooperation in different areas in order to avoid any significant isolation of Russia. As a consequence of current security changes in Europe, to keep the Arctic and other regions as zones of peace and cooperation has been a considerable challenge. The talk focuses on security developments in the Transatlantic area before and after Crimea with focus on Russia as an unpredictable player. Canadian International Council - Saskatoon Branch

GEOPOLITICAL AND SECURITY CHALLENGES IN THE ARCTIC

The geopolitics in the Arctic have been influenced by the current international relations’ developments and increasing tensions between Russia and the West. Additional drivers for geopolitical challenges are the availability and accessibility of energy resources, the opening of new transportation routes for destination and transit shipping and by security developments, including those relating to piracy, terrorism, and environmental disasters. This presentation will provide an overview of geopolitical and security challenges which the Arctic faces in relation to climate change and current trends in international relations, with a focus on how geopolitics transforms into policy and what are the key variables that influence the relations of cooperation/competition among states in the Arctic region. University of Saskatchewan Location(Saskatoon): CanadaRoom, Diefenbaker Building