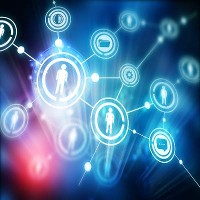 ND area countries are confronted with common future challenges and opportunities, essentially across the state borders and especially in relation to the environment, climate change, healthy ageing, transport and logistics, emerging trade routes in the Arctic and role of culture in solving societal challenges.

The ND focuses on very practical, result- and solution-oriented cooperation in the Baltic Sea and Barents regions. The four priority areas are the environment, transport and logistics, health and social wellbeing, culture. The wide range of sectors covered by the ND also include nuclear safety, energy, promotion of trade and investment, research, and education.

The Northern Dimension Institute (NDI) is the academic partner in the ND, a university network of 33 partners, open to all interested higher-level educational institutions and research institutes.

The Action is coordinated by Center for Markets in Transition (CEMAT) of the Aalto University and its Business School, working in partnership with IIASA-AFI, University of Oulu, Saint Petersburg State University of Economics (UNECON), and Northern (Arctic) Federal University named after M.V. Lomonosov(NArFU). The action is co-financed by the European Commission DG NEAR.

In this project, NDI functions are developed into a regional think tank to enhance evidence-based policy-making as well as improve policy relevance of research conducted in the ND area. For targeted research on the four themes, the project partners will build up international expert teams/research groups, serving as the foundation for developing regional thematic knowledge networks in the ND area.

Research teams in close dialogue with decision-makers take part in co-creation workshops, produce policy briefs, analysis and reports on the pressing challenges and their potential solutions.

The Action contributes to capacity building of the participating civil society actors, in particular the academic community, by conducting effective interaction and outreach training activities, hence strengthening their voice in the ND area.

By connecting decision makers and other stakeholders within the ND and Barents collaboration structures (as the end-users of the provided scientific evidence) at various levels into dialogue with the academic community, both the policy relevance of research conducted within the NDI is improved and evidence-based policy-making is supported.