Graduate and undergraduate students from across the Arctic and the world convene in an experimental learning exercise, the Model Arctic Council, where they represent and simulate the work of the Arctic Council, its Member States, Permanent Participants, and Observers. 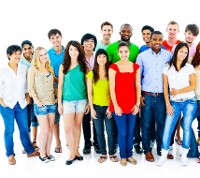 The Model Arctic Council (MAC) is a collaborative academic program in which graduate and advanced undergraduate students from any discipline, from universities throughout the circumpolar north and beyond, participate in a collaborative, experiential learning exercise to expand their knowledge of challenges and concerns in the Arctic.

The Arctic Council is the primary forum for international cooperation and environmental protection in the Arctic, with six working groups contributing to knowledge creation on the Arctic.

This continuing program is a Thematic Network of the University of the Arctic (UArctic) led by Professors Mary Ehrlander and Brandon Boylan at the University of Alaska Fairbanks (UAF). The event takes place biannually in the country chairing the Arctic Council, hosted by a university within the UArctic framework, open to students from any higher education institution in the world. The first MAC was organized by the UAF.

The MAC 2019 takes place from 29 October to 2 November in cooperation with the Ministry for Foreign Affairs of Finland, hosted by the University of Lapland and led by Professor Lassi Heininen. The theme is "Offshore Oil & Gas Drilling on the Shelves of Arctic Waters". Participants will simulate the work of three of the Arctic Council's working groups: Conservation of Arctic Flora and Fauna (CAFF); Emergency Prevention, Preparedness and Response (EPPR); Sustainable Development Working Group (SDWG), as well as that of the AC’s Senior Arctic Officials and Ministers.

The objectives of the Model Arctic Council are to: 1) maximize the educational benefit from the countries' Arctic Council chairmanships; 2) increase and facilitate collaboration and student mobility among Arctic and non-Arctic educational institutions; 3) expand students' awareness of the Arctic Council, Arctic issues, and international politics; 4) prepare students to assume leadership roles in the Arctic; 5) develop students' public speaking, diplomacy, negotiation, and deliberation skills.

Based on preferences by the applicants, the MAC places students in the roles of Member State, Permanent Participant, or Observer delegates to an Arctic Council Working Group, or in Senior Arctic Official or Minister roles. Participants prepare for the simulation by reading assigned literature, doing background research on their assigned topics, independently examining the basic documents of the Arctic Council and its working groups (e.g. Declarations of ministerial meetings; Vision for the Arctic 2013), and through courses and extra-curricular programs at their universities. After receiving their assignments, each participant carefully examines the policies, strategies, agendas and statements of her/his actor in the simulation.

Each MAC program culminates in the production of a declaration named for the city in which the program takes place, just as the Arctic Council produces a Declaration at the Ministerial Meeting that concludes each two year chairmanship of the Arctic Council. The Declaration expresses the Member States’ positions on issues on which they have come to consensus over the previous two years (in the case of the MAC, over the previous days) and their recommendations.