The Northern Forum Meeting of Governors at the International Arctic Forum

The 2nd Northern Forum Governors' Meeting 'Sustainable Development of Northern Regions' was held within the framework of the 5th International Arctic Forum ‘Arctic: Territory of Dialogue’, bringing together regional governments in the circumpolar North to discuss sustainable development of the northern regions and the new Northern Forum strategy. 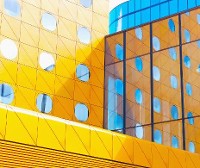 The Northern Forum strategy discussed during the meeting identified the aim, objectives, key directions for the development of the Northern Forum until 2030, the main mechanisms for the implementation of priority tasks and key indicators for assessing the effectiveness of the organization’s activities towards renewal.

At the meeting, AFI’s Lassi Heininen spoke about the role of sub-national governments to the Board of Governors – the highest policy-making body of the Northern Forum, representatives of ministries and Indigenous peoples organizations Saami Council and RAIPON, as well as Association of Reindeer Herders. The title of Heininen's talk was “Role of sub-national governments of the global Arctic – an academic perspective”.

In particular, Heininen stated that the Arctic can be interpreted as a victim of change, or it can be a model, first for the resilience and second for capitalizing on the opportunities that change can bring. Simply saying, the Arctic can be/become a region characterized by innovation. Here regions, counties, provinces, as well as cities and towns, are nowadays able, and willing, to reconstruct their reality by taking a more active role, as well as acting on several circles of internationalization at the same time (e.g., first cities have decided to report on the environment and climate directly to the UN).

Even bigger need is that the Arctic is tightly integrated to the world with wicked problems – rapid climate change and pollution combined – and growing uncertainties. This is highlighted by the ‘Arctic Paradox’: global warming will open access to resources whose utilization will speed up the changes. This is considered to be the key question of the global climate ethics debate, as well as that of Arctic politics.

This requires new global governance, which connects global - local on regional level and promotes innovations for policy-shaping & making, and new education materials as services for local communities. The globalized Arctic with multidimensional changes is considered here as new kind platform and exceptional in the world politics of several uncertainties. This was manifested by the summit of the heads of states of the five Arctic states – three presidents and two prime ministers – at the Arctic Forum on 9 April. A change ‘from theory into action’, with better ‘ethical’ approaches and more strict environmental regulations, is possible by implementing political ability instead of ’political inability’ to adopt, which would mean increased societal security.

Among impact objectives what academia can have, in addition of support public policy-shaping & making, and capacity-building, is to cause a shift in mind-set for resilient common solutions and innovations on solving piece of the Arctic development puzzle, as well as for new (economic) opportunities. Here sub-national actors – cities, towns, villages and regions - have an important role actively changing their roles in policy-making and regional governance. They build horizontal, non-hierarchical ties with their foreign counterparts having the same legal and political status, and they have the legitimacy of people(s), the citizens.