How It All Began

The seed for the Arctic Futures Initiative was planted in a seminar on policy support for research, organized by the Finnish Prime Minister’s Office, the Academy of Finland, and IIASA. Policy-oriented systems analysis is uniquely placed to account for the important role of stakeholders from science, policy, business, and society and obtain a comprehensive view on plausible futures of the Arctic. 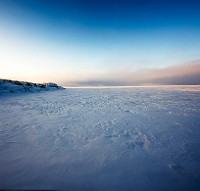 On May 16, 2013 a seminar titled “Policy Support from Arctic Research” was held in Helsinki, organized jointly by the Finnish Prime Minister’s Office, the Academy of Finland, and IIASA.

The concept of the seminar came from the Finnish State Secretary, who wanted to explore how the government could better reach out and benefit from research.

Hence, partnering with the Academy of Finland, and IIASA, globally renown institute for conducting policy-oriented research using applied systems analysis. The Arctic was chosen as the overarching topic for the seminar, not by chance, but for a very good reason. The Arctic region is undergoing a fundamental and rapid change, affecting the whole world. A general consensus is that the Arctic is offering unmeasured opportunities, but at the same time giving rise to enormous challenges.

The vast change has been largely unpredictable, and the decision makers’ need for holistic and more accurate information, especially on complex systems, was evident. IIASA responded to the message from Helsinki by starting to build a network of stakeholders, organising a set of expert meetings, seminars and also raising awareness in key Arctic fora. Simultaneously, a research project Arctic Futures Initiative – based on the strengths and expertise of IIASA – started to get shape.

During further discussions, the AFI stakeholder groups were extended from policy decision makers and research community to business and society. As the interests of the stakeholder communities are intertwined in the development of the Arctic, improved interaction is of key importance for presenting the options for sustainable Arctic futures. The AFI collaborates closely with e.g., the Arctic Council, the Arctic Economic Council and the Arctic indigenous peoples.

The scope and the content have been explored carefully under the planning and development phase, which is now coming to an end. The final development phase is at hand, defining the strategic plan, structure and organization of the initiative, with the aim to officially launch the AFI in late 2016 or early 2017.

That we are developing a major multiyear interdisciplinary initiative has become clear to everyone involved with the AFI. For IIASA, the AFI will be much more than just another milestone among its assessments and reports of global importance: AFI will be a truly cross-cutting Futures Initiative, cutting across IIASA Programs, disciplines, communities, and nations for the benefit of the Arctic.