An important element of AFI’s inclusive approach is communication and collaboration with Arctic residents and indigenous communities. In the beginning of this year, AFI team had two opportunities to communicate with indigenous peoples and get their feedback on the Initiative. 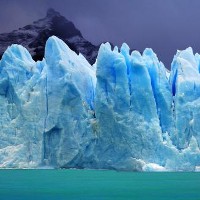 Roundtable meeting with indigenous peoples in Tromso, Norway during the Arctic Frontiers 2016 conference in January 2016

The purpose of the roundtable was to find convenient but efficient ways to collaborate. Early contacting of the indigenous peoples for input to AFI was very much appreciated, especially because it is being done already in the planning phase of AFI. According to indigenous peoples, AFI seems to have started planning a feasible strategy to connect science, policy and society.

The outcome of the meeting was that AFI should add capacity for the indigenous peoples and should also consider how to use the existing capacity efficiently. Here, partnerships and knowledge bridging is needed. Important is to clarify how AFI can help indigenous peoples to understand better the changes but also how to get the traditional knowledge on board. There is a need to strengthen relationship between indigenous communities and researchers. It is important to learn the language of different communities and share respect.

Ambassador Hannu Halinen ad Dr. Anni Reissell from AFI gave an invited presentation at the Indigenous Peoples Secretariat (IPS) Board meeting organized in connection to the Arctic Science Summit Week and the Arctic Observing Summit held in Fairbanks, Alaska in March 2016. The IPS supports the six international indigenous organizations affiliated with the Arctic Council. The IPS does not represent indigenous peoples or their organizations, but assists the organizations in presenting their causes, and helps in disseminating information among them.

In summary, the meeting participants concluded that AFI is an important initiative. The Board members welcome more detailed information from AFI, and the AIA and SC are looking forward to actively working with AFI in its the development phase.