WMO and the Arctic Futures Initiative

Ambassador Hannu Halinen, Special Advisor to the IIASA Director General and CEO, met with  Prof. Petteri Taalas, Secretary-General of the World Meteorological Organisation at the WMO Headquarters in Geneva. The Arctic is one of the priority areas in WMO's work. The Secretary-General is interested to collaborate with IIASA on the Arctic Futures Initiative project. 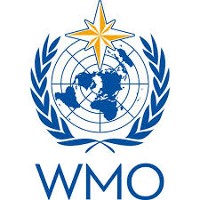 WMO is the key UN organization to monitor and assess the global climate change. In WMO reports the Arctic has been consistently displayed as the region where the climate change proceeds two-to-three times as fast as elsewhere in the world. This has major global consequences, incl. global warming, melting of the ice with raising sea levels, increased acidification and affects on biodiversity. According to the WMO, monitoring capacity and assessments in the Arctic are not sufficient. Research on the Arctic is too fragmented, concerted, holistic integrated studies and assessments are needed. Technically, more comprehensive network of monitoring stations as well as enhanced satellite covering should also be developed.

Prof. Taalas was previously Director-General of the Finnish Meteorological Institute. He has an extensive experience and interest in the Arctic. He is ready to explore ways and means on how the WMO could mutually benefit from the IIASA Arctic Futures Initiative. It was agreed that the Director General Pavel Kabat will meet with the Secretary- General in the near future to discuss further the cooperation between IIASA and WMO.