Dr. Lassi Heininen, Professor at University of Lapland and Senior Research Scholar (associate) at IIASA, lectured at Masaryk University in Brno, the Czech Republic on March 12, 2018. The lecture was titled “Actors in Global Politics”, and it was a part of the “Global Politics” BA course for group of Czech and foreign students. 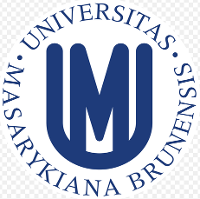 The study questions of the course included for example, what role do alliances and international organizations play in Global Politics, and due to the increase of INGOs and their activities, is power shifting away from the state?

First, Prof. Heininen described and analyzed a change in different categories of international actors in international politics and IR from the Cold War period to global politics emphasizing a power shift from states to transnational corporations based on the growing importance of ‘geoeconomics’.

Second, he presented an applied list of relevant (international) actors of Arctic resource geopolitics with an emphasis of new actors, such as state-owned enterprises, sovereign Wealth Funds and platforms for international dialogue. Third, he emphasized that (international) actors in politics are always with their interests, and those can cooperative, competitive or confronting. Based on that there can be different kind of coalitions or alliances.

Final, according to Heininen in global politics matters not only who are actors and what are their interests, but also what kind of behaviors there are by the actors taking into consideration their interests. Here the high stability of the Arctic is an interesting, and encouraging example, of behavior by the Arctic states and other local actors to emphasize cooperation and trying to find common solutions based on common interests and certain prerequisites making the common interests possible, obvious and attractive.