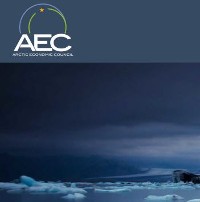 The meeting, convening some 100 high-level experts on communication, focused on connectivity, which is also one of the priorities of the current Finnish Arctic Council Chairmanship program.

1. Connecting the Arctic through North-East and North-West - Can We Find Synergies?

3. Visions for the Future

Director Ole Övretveit from Arctic Frontiers presented the main theme of the next Session in January 2018 "Connecting the Arctic". Some 3500 participants from 30 to 40 countries - as this year - are expected.

Technical means in connecting the Arctic are extensive, and multiple new innovations are on the way. But also here as everywhere in the Arctic, the cost of reaching out to the people living in scarcely populated areas is a challenge. Public-private partnerships are needed, as well as innovative governments.

With the slogan "Create Technology to Connect the World" Nokia's Arctic program consist of three issues: broadband connectivity solutions; mobile connectivity; and data centres. In the discussion it was emphasised that 99% of communications go via cables. The Big Five (Facebook, Google, Amazon, etc.) finance 80 % of the infrastructure needed. However, this means so-called information highways (like major fibre cables planned to connect Asia and Europe through Northern Sea Route and Europe and North America through Northern Atlantic and the North Pole). Since the Arctic is not commercially viable, to attach sideways to the Arctic citizens from these highways public sector is needed.

Connectivity is highly relevant to IIASA/AFI since the interrelationship between society, public sector decision makers and business is at the core of communication solutions. In his speech Mr. Niels Andersen, Co-chair, Arctic Council Task Force on Telecommunications Infrastructure, underlined that a systems based look is needed. Khaled Sedrak (originally Egyptian, now living in Amsterdam), leading an elite team in creating a global cluster of well-connected Data Park Centers, was keenly interested in the AFI, as based on his "system of systems" thinking.

The Summit was just another example of the fact that the AEC, under the leadership of Tero Vauraste, is becoming a viable player in discussing topical Arctic developments.