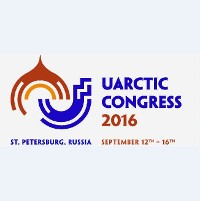 The congress sessions highlighted latest science, policy and education topics, and also included a large number of pre-meetings to foster contacts and enhance networking, in particular involving Russian scientists. World-renowned keynote speakers and over 250 scientific reports emphasized the importance of international cooperation in shaping the new Arctic and raising a new cohort of northern leaders equipped with the skills necessary to make the Arctic an enjoyable and safe place to live in.

The congress scientific themes covered the challenges the Arctic region is facing: vulnerability of environments and societies, use of local and traditional knowledge, building long-term human capacity, and development of new markets for the Arctic, for example within trade, tourism and transportation.

Anastasia Emelyanova presented her study on education attainment and future population development in the Arctic in a session on circumpolar health and wellbeing. Session participants were interested in availability of population data, coverage and approaches to harmonize data for the pan-Arctic region in view of the various classification systems used for education in Arctic countries. The innovation of IIASA to project the population by level of education has not been applied the Arctic previously, hence several communities are looking forward to the results.

Dr. Emelyanova is a member of UArctic Thematic Network on Health and Wellbeing in the Arctic. During the network meeting, she took part in discussion on future collaboration within the network. For example, the network is organizing doctoral summer schools in 2017−2018, where Anastasia is interested to give lectures on Arctic populations. Another workshop “UArctic in Russia: Greater opportunities for cooperation” served as a platform to present the IIASA Arctic Futures Initiative and extend Russian collaboration. The UArctic Research Office based at the Northern (Arctic) Federal University (NArFU) in Arkhangelsk, Russia is one of the contacts to facilitate collaboration with Russian researchers skilled in systems analysis.

The concluding plenary panel discussion on the future of the Arctic included Ambassador Aleksi Härkonen (Senior Arctic Official of the Arctic Council for Finland,), Mr. Tero Vauraste (member of AFI Core Group, Vice Chair of Arctic Economic Council), and other guests, moderated by UArctic President, Prof. Lars Kullerud. He remarked, “St. Petersburg has been the perfect location for this historic first UArctic Congress. The opportunities for friendship and cooperation have been fantastic, and we have accomplished much in our work to further develop international cooperation in higher education and research in the Arctic region.”

The UArctic is a cooperative network of universities, colleges, research institutes and other organizations concerned with education and research in and about the North. UArctic's Thematic Networks are the primary means of cooperation between member institutions and their faculty and researchers. These networks foster issue-based cooperation, and are focused but flexible enough to respond quickly to topical Arctic issues. The UArctic Congress aimed to bring leading circumpolar scientists together with UArctic’s leadership and members, as well as showcase the best that northern science has to offer from across the circumpolar world and beyond. The second UArctic Congress will take place in Finland in 2018 during its chairmanship of the Arctic Council. 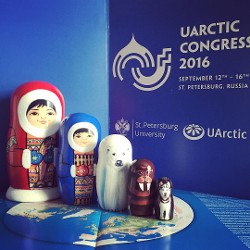