Inequalities are usually discussed and analyzed in terms of income or some related monetary measure. However, disparities in energy access and use both within and across countries mirror or are at times starker than inequalities in income. 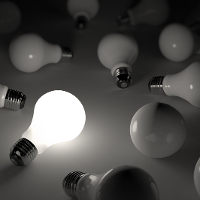 Aggregate energy statistics are insightful for describing the energy system globally, regionally, or nationally, but often mask these disparities in energy use both across and within national and regional boundaries (Fig. 1).

Heterogeneities are evident both in the quantities of energy used, types of energy carriers predominantly used, and the levels of access to these across countries and populations. These disparities stem, for the most part, from differences in incomes, production and consumption activities, and lifestyles. 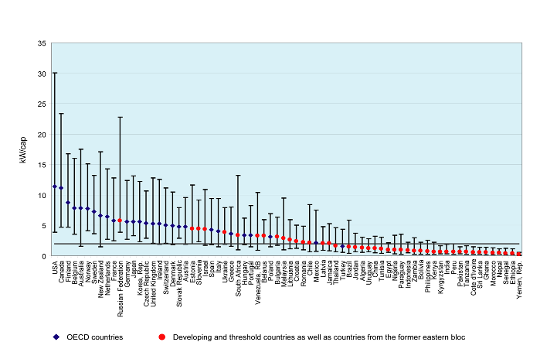 Fig. 1: Energy consumption per capita inequities between and within nations.
Source: Pachauri & Spreng, 2012

In other words, the poorest 40% of the world’s population only disposes of some 10% of global income and final energy use; the richest third disposes of two-thirds of global income and final energy. However, inequalities in electricity use are even starker as about a fifth of the population currently has no access to electricity and therefore consumes none. The distribution of modern fuels also remains highly unequal, with a much higher dependence on solid biomass fuels in the least developed countries. 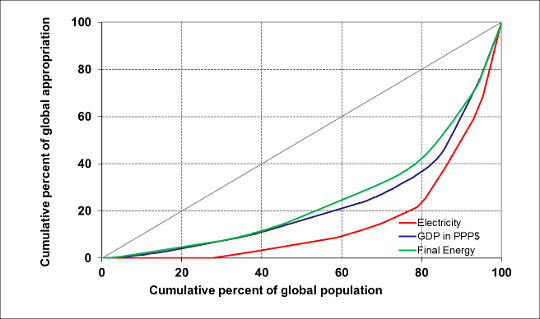 While many developing nations have made progress in providing access to electricity and modern fuels for their growing populations, particularly in urban areas, an analysis of the actual amounts of modern fuels, like electricity, consumed reveals growing inequality across broad world regions (Fig. 3). 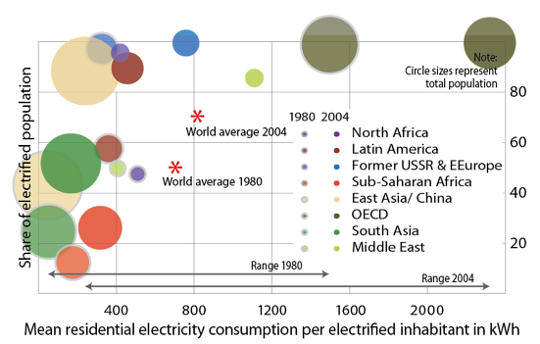 Furthermore, the lack of access to modern energy remains more severe in rural areas than in urban centers. While many countries in the developing world have experienced higher rates of growth in energy use than in OECD nations, they have often also experienced much higher population growth rates during the same period, with the result that per capita consumption has grown little. For countries like India and China, while access to electricity across different segments of the population has become more equal in the two countries, the gap in consumption levels has grown between urban and rural households, between distinct administrative and geographical regions, and between the top and bottom expenditure deciles of the population. In many instances there has been a disproportionate increase in consumption among the better-off.

A lack of adequate, reliable and affordable supplies of modern energy limits productive opportunities,  enterprise growth and employment, and has a negative impact on human health and welfare, particularly the health of women and children who are often exposed to harmful emissions associated with inefficient cooking using solid fuels. A lack of access to modern energy contributes to chronic or persistent poverty. Thus, energy inequalities often find a reflection in income inequalities, gender inequalities and inequalities in other developmental dimensions. Community amenities and services also suffer from a lack of adequate access to modern energy. In some countries fewer than half of all health facilities have access to electricity, and access levels are lower in rural areas. In sub-Saharan Africa, just 35% of primary schools have electricity access, compared with 48% in South Asia and 93% in Latin America.

The deepening disparities and energy inequalities may lead to further disempowerment of those who are already at a disadvantage and greater social unrest in the future. While the positive achievements of rapid growth and development in many developing nations in terms of increased infrastructure provision and access to a wider array of opportunities and products are commendable, the trends toward increasing polarization are worrying. Concerted public policy efforts are required to redress the growing imbalances and to ensure a redirection of growth patterns in more equitable and progressive ways.

The concept of ‘energy poverty’ has been broadening over time, in order to capture energy’s pervasive influence in society. However, we still lack sufficient quantitative understanding of the linkages between energy inequality and human development. Policymakers and donors require hard numbers to justify investments and plan projects. We qualitatively understand the importance of electricity for schools, hospitals, industrial productivity and women’s time, but don’t know how to isolate the benefits/needs of electricity relative to other enablers of these progress measures.  Disaggregating energy security to sub-populations and regional contexts and developing measures and metrics for these different scales can also reveal the links between energy inequality and other forms of inequality.