On 19 November 2019, the Council, recognizing the importance of an international and interdisciplinary approach to land management beyond national borders, appointed Professor Eric Lambin as IIASA Distinguished Visiting Fellow. 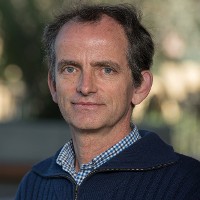 Eric Lambin has been a strong supporter of IIASA during the past years and served as a member of SAC (2004-08) as well as being a co-author on several IIASA publications. His research interests and the impact of his work make him a highly valued collaborator whose greater interaction will be of great benefit to IIASA and its researchers.

Eric Lambin, a geographer and environmental scientist, divides his time between the Université catholique de Louvain (Louvain-la-Neuve, Belgium) and Stanford University, were he occupies the Ishiyama Provostial Professorship at the School of Earth, Energy & Environmental Sciences and the Woods Institute for the Environment. His research tries to better understand causes and impacts of land use changes in different parts of the world. He was Chair of the international scientific project Land Use and Land Cover Change (LUCC) from 1999 to 2005. He was awarded the 2009 Francqui Prize, the 2014 Volvo Environment Prize, and is Foreign Associate at the U.S. National Academy of Sciences. In 2019, he was also honored with the 2019 Blue Planet Prize, an award widely considered the Nobel Prize for science that contributes to solving global environmental problems. The award was for his research on global land use and his integrated approach of combining earth observation satellite data with socioeconomic data to highlight the impact of globalization on ecosystems and assess the effectiveness of environmental policies. His current research tries to understand how globalization affects global land use, and how private and public regulations of land use interact to promote more sustainable land use practices.

The IIASA Distinguished Visiting Fellows Award was established by the IIASA Council in 2013 to recognize the contribution of distinguished scholars to IIASA research. It is awarded to eminent scholars for three years, and Council makes the awards based on the individual’s affinity to system analytic and integrated approaches in science, science-to-policy, policy making or business and for their contribution to IIASA analyses through interaction with its researchers and enrichment of IIASA efforts to address complex problems related to global change. The recipients of the award are encouraged to interact even more with IIASA and when possible visit the Institute to collaborate with our researchers.