Nadejda Komendantova was invited to give a talk on multi-risk governance and to moderate the session on energy security at the Vienna Cyber Security Week 2019. The presentation of Komendantova includes the background and results from the Co-Inform and the LINKS research projects. 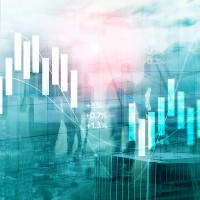 Risk governance is crucial for societal transition which will be based on an increased role of digitalization of all aspects of society as digitalization brings new opportunities but also new risks and challenges. Digitalization is also influencing decision-making processes and the actions of various stakeholders.

The presentation of Nadejda Komendantova covers two aspects of risk governance and its connection to digitalization. On the one side, digitalization creates new challenges for interconnected critical infrastructure such as electricity networks. On the other side digitalization influences risk perceptions of various stakeholders and requires new decision support tools to address impacts of the risk perceptions on stakeholders’ actions. These examples highlight the need for a multi-risk governance approach to address existing and emerging challenges.

Vienna Cyber Security Week brings together national and international stakeholders in critical infrastructure and in cyber security for conducting information exchange, confidence building, and enhancing awareness of the risks and state of practice for digital system protection. The event focuses on innovations in the area of digitalization and its integration into all aspects of information and operational technologies.