IIASA researcher Dr. Nadejda Komendantova provided a talk on “Energy as an opportunity for economic connectivity” at the Economic Diplomacy and Connectivity workshop, which was jointly organized by the Energy Community Secretariat and OSCE on 25 June, 2018 in Vienna, Austria. The talk discussed the importance of de-risking approach in ensuring foreign direct investment, one of the major drivers of connectivity, into energy generation and transmission projects within the Eurasian Economic Union. 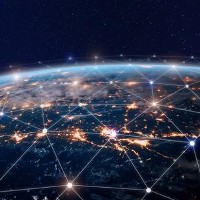 Economic connectivity is a main feature of current globalised societies, characterised by an increasing multiplicity of both political and economic interactions, while playing a key role since ancient times. Historically, the most illustrative example of economic connectivity is the Silk Road, which helped developing durable economic and political ties between civilizations in Europe, Asia and the Middle East. Economic connectivity has the potential to increase opportunities for improved economic relations between (and within) states and is one of the major drivers for economic development.

Among participants of the workshop were the representatives of the Austrian Federal Economic Chamber, Austrian Federal Ministry for Digital and Economic Affairs, Friedrich Ebert Foundation, German Institute for International and Security Affairs and University of Birmingham.