A model that optimizes the allocation of renewable energy systems from the local, regional, national or European level.

The economy of the supply chain is calculated with respect to the economy of scale of the corresponding renewable energy system.

BeWhere was developed at IIASA and Luleå University of Technology, Sweden, from 2006 onwards. In 2010 it was expanded by IIASA from the local and national levels to the EU27 level.

The model is under constant development. It now works for the allocation of solar, wind, hydro and bioenergy production plants. Under the bioenergy umbrella, the model can be applied for wood waste, crop residues, lignocellulosic industrial waste and three different biofuel technologies (second-generation ethanol, methanol, and Fischer-Tropsch diesel). IIASA has implemented the Austrian, Finish and Swedish  forestry wood market at a very detailed level in BeWhere. This now functions as a key methodology at the aggregated EU27 level. 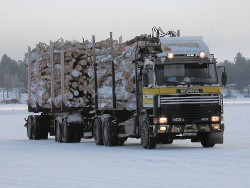 First-generation biofuels from sugar, starch, and vegetable oil did not achieve the greenhouse gas emission reductions hoped for. Some also had the added disadvantage of competing for land with food production. Growing "food" like corn crops to produce ethanol for vehicles has been heavily criticized. Second-generation biofuels using non-food crops or sources such as forestry residues, municipal waste, algae, biomass grown on non-arable land, or certified wood, are a more sustainable source of biofuel production. However, very large production plants are required to make production costs competitive. 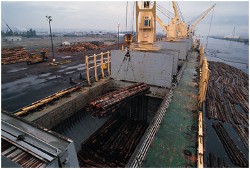 Reaching economies of scale for biofuels can cause logistical problems. Biomass feedstock is often located in the countryside, while production plants are frequently close to ports to facilitate transport by water.  The transportation of feedstock from the countryside to the production plant can cause heavy traffic, producing adverse social and environmental effects.

This is why the optimal geographical location and size of the production plant with respect to feedstock and demand location needs to be determined, prior to plant investment and construction, and this can be done using BeWhere.

Professor Antonio Bonomi from the Brazilian Biorenewables National Laboratory (LNBR) and Head of Sustainability Division, visited the IIASA ESM program on 20th of May 2019. Dr. Bonomi is the coordinator of the BioValue project which runs in parallel with the H2020 BECOOL project, for which the ESM program is a partner. Both projects inquire the feasibility of the production of advanced lignocellulosic biofuels in Brazil and in Europe respectively. The visit of Professor Bonomi was the first of a European tour among some partners of the BECOOL project prior to the kick-off meeting of the BioValue project in June 2019. This meeting helped to initiate the collaboration between the two projects.

Linked to his visit, Professor Bonomi gave a seminar on renewable jet fuel production and sugarcane biorefineries based on techno‑economic and environmental analysis within a Brazilian context.

US coal, biomass and employement

Effect of biorefineries on wood feedstock

Could sing without trace by 2010

Shaping the future of public transport in Sweden