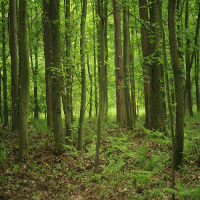 In the European Union, biomass use for electricity and heat production is expanding, as use of renewable energy increases to help reduce greenhouse gas emissions and increase energy security.

This, however, raises concerns, for example:

A study on resource efficiency impacts launched by the the Directorate General for Environment of the European Commission in January 2014, aimed to enhance understanding of how improved resource efficiency could reduce the negative impact of the EU’s increasing use of bioenergy. A research consortium led by IIASA provided a detailed analysis on resource efficiency that considered a wide range of biomass sources and environmental implications. The work was supported by a group of experts from within and outside the Commission, who provided insightful comments and assessment throughout the project, and on the resulting outputs.

The study sought to capture the most relevant direct and indirect effects of increasing bioenergy demand, by looking simultaneously at the key sectors impacted (e.g., bioenergy, forestry, agriculture). These effects include biodiversity and greenhouse gas emission impacts, and also the effects on biomass use between sectors, trade flows, costs of production of bioenergy, and formation of market prices.

The project ran from 2014 to spring 2016. Initial findings, potential scenarios and assumptions were discussed at a stakeholder meeting on 6 October 2014 in Brussels. Results and conclusions were presented to stakeholders at a second event in November 2015. The final summary report and five task reports were published in May 2016.

The study was led by IIASA’s Ecosystem Services and Management (ESM) program. Researchers at ESM were in charge of all the modelling involved in the project, and contributed to all five tasks of the project. The study relied on IIASA’s GLOBIOM and G4M models, and incorporated the latest available data and literature into modelling of the use of biomass for energy purposes and its environmental implications. The study included all major biomass sources that can be used as a material, energy carrier, or chemical feedstock. This includes the full range of biomaterial originating from existing forestry operations, new plantations, short rotation coppices, dedicated crops, organic residues, and biogenic waste, as well as biomass diverted into biogas production. The modelling work focused specifically on woody biomass, and its use for material and energy.