Risk and Resilience Deputy Program Director Thomas Schinko will participate in a panel discussion within the 7th Climate & Environment Film Festival in Baden. 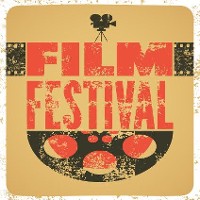 For seven years the film festival organizers have been focusing on exchange with creative filmmakers, constructive environmental experts, inquisitive students and value-adding experts in the fields of climate change, energy system transformation, environment and film. For one week, exciting and award-winning films will be presented. From the very beginning, the annual program has been open to courageous lateral thinkers, people who want to get actively involved and imaginative poets at the Climate Slam. The slogan of the Climate & Environment Film Festival in Baden can be best described as "seeing films and talking about them".

The seven-day festival is organized by Cinema Paradiso Baden, the municipality of Baden and the Energy and Environment Agency of Lower Austria (eNu). By looking far beyond our own horizons, the festival’s aim is to raise awareness for our commitment to our planet through film and discursive action. Together - whether young or already in senior age - participants think about how and what possibilities each of us has to do something about the great challenges of our times.

As a climate change researcher who has been working at the science-society interface for quite some time, Thomas Schinko has been invited to serve as a panellist on the fourth evening of the film festival. Following the film “Dark Eden”, he will discuss with the audience, other experts, policy and decision makers, and practitioners various decisive questions in the context of the climate crisis.

For more information please visit the event website (in German).