The state of world population ageing 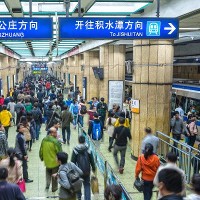 The five BRICS countries (Brazil. Russia, India. China and South Africa)in 2015 were home to over 380 million older persons ages 60 and above, representing about 42% of the world's population, a trend projected to move upwards. Such a rapid increase in both the number and proportion of older persons will have multi­ faceted implications for the social and economic development of BRICS countries, along with their social and economic transition in the coming decades.

This meeting is expected to provide a comprehensive review of the developments in the field of population ageing in BRICS countries, particularly their common challenges, analyze national experiences in coping with and harnessing the opportunities presented by ageing, and come up with findings and recommendations for the BRICS countries as well as others.

Policy makers, academia and private sector from BRICS countries as well as those with relevant studies on ageing in BRIGS countries are invited. The meeting will also invite participants from other countries for wider and in-depth discussions on meeting topics.

As an established expert on ageing in Russia and beyond, World Population Deputy Director Program Sergei Scherbov is invited to attend the meeting and brainstorm with other participants on how to promote collaborations among BRICS countries on ageing. He will give a presentation on the state of world population ageing if measured with the newest indicators of ageing that were developed at IIASA.

For many years Scherbov together with Warren Sanderson have developed new measures of age and aging in demographic research. They suggest to broaden research methods to account for significant increases in life expectancy, as the focus on chronological age of people alone provides a limited picture of the process, one that is often not appropriate for either scientific study or policy analysis. Their groundbreaking results have been published in Nature and Science and other high level journals. Scherbov is also PI of the Reassessing Ageing from a Population Perspective (Re-Ageing) project at IIASA that, among other things, ascertains the extent to which advanced societies are actually aging in multiple dimensions, including health, cognitive abilities, and longevity.

The meeting will be hosted by the China National Committee on Ageing (CNCA), Renmin University of China (RUC)and the United Nations Population Fund (UNFPA)in China and organized by the China Research Centre on Ageing (CRCA)and the Institute of Gerontology of RUC. Besides the BRICS countries, the BRICS meeting on ageing will also invite participation from selected non-BRICS countries.

The 1" BRICS Meeting on Ageing will take place during 6-7 December 2017 in Beijing, China.