International Conference on New Measures of Age and Aging

IIASA's World Population Program research on re-assessing population aging will be taken further at this meeting. 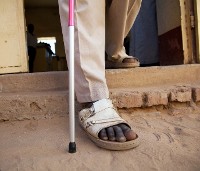 For several years Scherbov and Sanderson have developed new measures of age and aging in demographic research. Their groundbreaking results have been published in Nature and Science, among other high level journals. It is based on the fact that life expectancy has increased significantly in recent decades: people live longer and stay healthier for longer, but research methods have only adjusted little. Focusing on only one aspect of the changes entailed in population aging - the chronological age of people - but not on all the others provides a limited picture of the process, one that is often not appropriate for either scientific study or policy analysis. This conference is devoted to new ways of measuring aging that more accurately represent the real world.

The sessions will be centered around the themes of measures based on biomarkers and cognition, measures based on subjective life expectancy and survival probabilities, economic implications of the new measures, measures based on self-reported physical conditions, and selected country case studies. Beside the organizers Scherbov and Sanderson, World Population Program scientists Valeria Bordone, Jesus Crespo Cuaresma, Alexia Fürnkranz-Prskawetz, Bernhard Hammer, Elke Loichinger, Nadia Steiber and Daniela Weber will present their latest research at this conference. Bordone and Steiber will present possible deceleration of population aging in terms of cognition; Crespo Cuarema will give profound insights in the correlation of prospective aging and economic growth in Europe; Hammer, Loichinger and Fürnkranz-Prskawetz will discuss economic dependency ratios; and Weber will discuss walking speed as a measure of population aging.

The oral presentations will be amplified by poster presentations, where IIASA scientists Anne Goujon, Elke Loichinger, Dimiter Philipov and Daniela Weber will be represented with case studies from Europe and Sub-Saharan Africa.

Selected conference contributions will be published in the Vienna Yearbook of Population Research 2016.