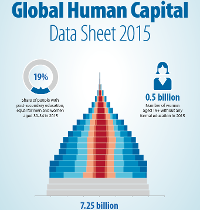 Based on the latest data and analyses, which were presented and discussed in a recent book entitled "World Population & Global Human Capital in the Twenty-first Century" published by Oxford University Press, this data sheet llustrates that investments in human capital, especially (female) education, are critical for global sustainable development. The new population
projections are presented by age, sex, and level of educational attainment for the world, world regions, and 195 individual countries (24 countries with limited education data) with a time horizon to 2060.

Three scenarios of possible future development are presented in this data sheet: (1) the Global Education Trend (GET) or the medium scenario which is based on historical educational trends and implies sustained effort in increasing education attainment; (2) the Constant Enrolment Rates (CER) scenario that illustrates stagnation of progress, with constant school enrolment rates; and (3) the Fast Track (FT) scenario which assumes that all countries follow the path of the most rapid historical education expansion that was experienced in South Korea. These scenarios show how alternative policies of education expansion in the near-term, mainly through their effect on the future educational attainment of young women, can significantly influence the medium- to long-term future paths of population growth for individual countries and the world as a whole.

The data is presented in an extensive table and a number of illustrative charts and population pyramids. 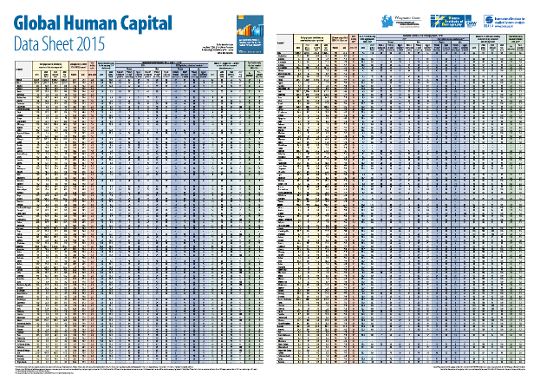