This dataset is based on a survey of households located in tsunami high-risk areas in Phang Nga province. The purpose of the survey is to investigate household responses to the Indian Ocean Earthquakes (M8.6) on 11 April 2012. 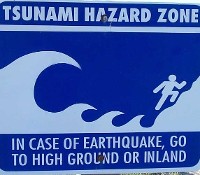 The process of collecting the individual-level data can be described as follows. First, the list of seven sub-districts that had been issued tsunami warnings on 11 April 2012 was obtained from the Department of the Disaster Prevention and Mitigation, Royal Thai Government. Then, nine villages within the seven sub-districts were randomly selected as survey sites. In each village, 30% of the households were selected through systematic random sampling, where the first household was randomly selected and every third household was chosen for an interview. Households in which no member was present at the time of the first visit were not omitted but were revisited later. The survey was administered via face-to-face interviews in the Thai language by trained interview staff and local researchers. In total, 640 households were approached, of which 563 households were successfully interviewed, giving the response rate of 88%.

The survey questions asked range from basic demographic and socio-economic characteristics of the respondent and the household to awareness of, response to, and preparedness for the 2012 Indian Ocean earthquakes. Questions regarding experience of the previous 2004 tsunami, social activities engaged in, and channels of information received were also included. The final sample consists of 557 households with valid responses to all questions used in the analysis.

The survey was conducted by the College of Population Studies, Chulalongkorn University between 17 April – 13 May 2012.