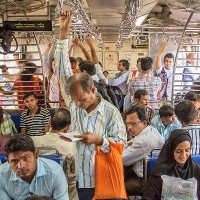 Analyzing and projecting sub-national population trends, and heterogeneity by age, sex, education and urban/rural place of residence, can assist in sustainable development planning and developing the Shared Socioeconomic Pathways.

Understanding population dynamics and heterogeneity within a country provides important insights for explaining social and environmental changes. It also helps to identify vulnerable sections of the population that are affected most by these changes. Projections of population dynamics and heterogeneity can serve as a prediction that assist policy makers and other stakeholders in visualizing an alternative future, to assess what-if scenarios, or to simulate sensitivity tests of single or multiple variables.

While demographers are interested purely in population dynamics, the users of population projections are spread in many disciplines, among them development studies with a focus on Sustainable Development Goals (SDG), and the climate change research community working with the Shared Socioeconomic Pathways (SSP) framework.

To assist government planning and setting targets for administrators, national statistical agencies are mandated to maintain population counts and monitor dynamics by various demographic and socioeconomic characteristics at the national and sub-national levels. The data are collected through censuses, surveys and other data sources, such as tables and/or microdata, that are available from the National Statistical Offices who often also conduct analyses and projections with varying quality and frequency between countries making it difficult to conduct cross-country comparisons and to predict the future population development. National level and cross-country population dynamics are also maintained and projected at the international level. The downside of such extensive cross-country projections is that they employ a top-down approach that largely ignores what is happening in the country (local knowledge and expertise) and lack local ownership making them less popular among local users either for national level studies or at sub-national levels. The incomparability of data produced by national statistical agencies due to quality issues and differing methods and the moderate use of data produced by international agencies that apply a supra-national approach motivated us to develop a consistent method for studying population dynamics across and within countries by collaborating with local partner institutions.

In a country like India national projections ignoring spatial and socioeconomic heterogeneity would be too short-sighted considering its sheer population size of 1.2 billion in 2011. It was surprising to see that our population projections for India with baseline scenario were consistent with the UN medium variant and Wittgenstein Centre SSP2 until 2070. We found that while our fertility assumptions are lower, our mortality assumptions were also lower and compensated for the lower number of births (and no international migration) with higher number of survivors.

The results show that the overall fertility for India is lower than estimated/assumed by UN and Wittgenstein Centre due to lower starting values in our projection as well as due to explicit consideration of education in the model. This results in a rapid TFR decline to about 1.85 children per woman in the next two decades and stabilization for the rest of the century. The projection resulted in slower rate of urbanization in India from 31% in 2011 to 40% in 2051, compared to the UN urbanization projection and we presented several explanations for that.

The first workshop will take place between 7-11 April, 2017 at ADRI, Shanghai University. It will focus on data issues particular for each country, develop narratives for future hands-on training sessions that cover our models and methods, and present new insights (methods and results) from each country specific population model. While IIASA/ADRI will work with the main scenario along with the SSPs and some SDG variants hosted in an open-access website, country teams will be enabled to develop their own scenarios. >>more information

More details about these models and measures can be found in these publications: