The journal Environmental Science & Technology has selected a paper co-authored by MAG program leader Markus Amann as its best science paper of 2012. 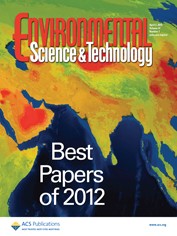 Ambient air pollution is associated with numerous adverse health impacts. Previous assessments of global attributable disease burden have been limited to urban areas or by coarse spatial resolution of concentration estimates. Taking advantage of recent developments in remote sensing, global chemical-transport models, and improvements in coverage of surface measurements, global estimates of long-term average ambient concentrations of fine particles (PM2.5) and ozone at 0.1° × 0.1° spatial resolution were generated for 1990 and 2005. The chemical-transport model results were based on global emissions estimates provided by teams at IIASA.

In 2005, 89% of the world’s population lived in areas where the World Health Organization Air Quality Guideline of 10 µg/m3 PM2.5 (annual average) was exceeded. Globally, 32% of the population lived in areas exceeding the WHO Level 1 Interim Target of 35 µg/m3, driven by high proportions in East (76%) and South (26%) Asia. Between 1990 and 2005 a 6% increase in global population-weighted PM2.5 was apparent. Combined with spatially resolved population distributions, these estimates expand the evaluation of the global health burden associated with outdoor air pollution.

An ES&T Perspective article highlights the importance of this paper and explains its value to other researchers in the field of air pollution and health impacts.