This project will involve the development of spatially explicit information on emissions and land-use changes for the project Coupled Model Intercomparison Project Phase 6, as well as extension of the Representative Concentration Pathways-Shared Socioeconomic Pathways (RCPs-SSPs) framework for climate impacts, vulnerability, adaptation, and mitigation. 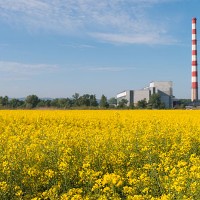 In recent years, IIASA researchers have been instrumental in establishing the so-called “parallel community process,” which aims to develop climate scenarios to facilitate an integrated analysis of climate change impacts, adaptation, and mitigation. In the initial phase the communities collaborated to develop the RCPs, which are hosted at IIASA and form the backbone of the climate projections assessed by the Intergovernmental Panel on Climate Change (IPCC) Fifth Assessment Report (AR5).

In the second phase the development of the Shared Socioeconomic Pathways (SSPs) will be completed. The framework will then be built around a matrix that combines climate forcing (as represented by the RCPs) and socioeconomic conditions (as represented by the SSPs). Together, these two will provide the basis for the assessment of future mitigation, adaptation, and residual climate damages.

To date, IIASA has played a central role in the design of the process. The institute has provided input by developing one of the five RCPs and is currently working on the development of the SSPs; has spearheaded organizing the IPCC Working Group III community under an umbrella organization (the Integrated Assessment Modeling Consortium); and has been charged by the community and the IPCC to host related community databases for both the RCPs and the SSPs.

The SSPs will provide, over the coming years, a central reference for integrated climate change research and a common basis for a set of assumptions across various types of analysis.