The Shale Gas project at IIASA examined whether shale gas could contribute to the transformation towards sustainability. Assessing the technological, economic, social, and environmental issues involved, the project conducted a systems analysis of future opportunities and barriers to incorporating shale gas into energy systems. 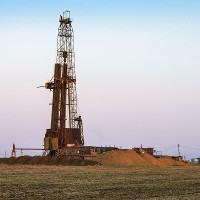 Natural gas is the “cleanest” of fossil fuels; not only does it produce only half the carbon dioxide emissions of coal per kilowatt-hour, its combustion results in almost no particulate air pollution. Because of these qualities it has been suggested that it could form an important “bridge”; from the carbon-intensive energy sources we currently rely on, to the low-carbon future we need.

Extraction of shale gas—natural gas trapped in shale rock formations—only became economically feasible recently, through technological advances such as hydraulic fracturing, also known as “fracking.” Shale gas resources are widespread and large, according to preliminary geological assessments, and may provide some countries with more energy independence.

However, concerns remain. Some critics argue that rather than provide a “bridge” it will result in a “lock-in”, stalling progress towards a low-emissions future. Although shale gas has been widely exploited in the USA this has not been replicated elsewhere for a variety of different reasons, from geology to lack of institutional support and high population density. Furthermore, there are uncertainties associated with the environmental impacts of shale gas. High water demand, water contamination, waste water disposal, and earthquakes are all concerns. Methane losses during exploration and potential increases in emissions from flaring are also issues that are not yet well understood. Most importantly, methane—the chief component of natural gas—is a much more potent greenhouse gas that carbon dioxide. Leakage rates of 4-5% along the gas extraction-delivery chain negate the carbon benefits of gas versus coal.

The project, which is shared across the Energy, Transitions to New Technologies, and Mitigation of Air Pollution Programs, examined five key research areas: