A new global think tank led by IIASA and the European Forum Alpbach argues that tackling inequality is key to sustainable development. 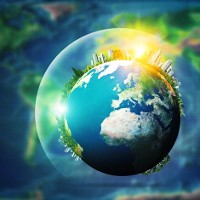 Last August, as part of their new partnership, IIASA and European Forum Alpbach (EFA) announced the launch of a new global think tank. In March a core group of boardmembers of the group—the Alpbach–Laxenburg Group— met to discuss how the group can aid in the creation of sustainable development paths to address issues caused by the global transformation.

Albert van Jaarsveld—President of National Research Foundation (NRF), South Africa and Co‑Chair, Belmont Forum, International Group of Funding Agencies for Global Change Research—observed the meeting. He says, “One of the first topics to be tackled by the group is inequality, as it is a burning issue across all societies, and is a major issue as far as sustainable development is concerned.”

“The impact of inequality affects all areas of the ongoing global transformations that we are facing,” says Prof. Dr. Pavel Kabat, Director General and CEO of IIASA. “At IIASA we are currently investigating the drivers of poverty and inequality, their impacts on human well‑being and the environment, and the impacts of policies and general development on the poor and most vulnerable. The think tank will focus in its first year specifically on inequality in education, energy access, and inequality in financial systems, and by doing so will address critical issues and forge a new path for a sustainable future.” Jeffrey D. Sachs, Director of the Earth Institute at Columbia University and a core member of the Alpbach–Laxenburg Group, says, “We have a chance, and we have to take it, to understand the whole chain from science to policy, and not be driven by short term considerations. We have the space and freedom of thought to take a longer term view. IIASA can play a special role, based on their excellence and the partnership with European Forum Alpbach. This is a great and exciting venture and I think we will make a difference.”