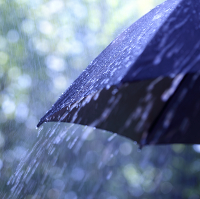 Education plays an over-sized role in how likely people are to survive natural disasters, according to a growing body of research from IIASA focused on countries from Haiti to Nepal to Southeast Asia as well as worldwide. The studies have now been published in a special issue of the journal Ecology and Society. The research shows how education influences risk perception, skills, and knowledge that can help people survive disasters. It also shows that education indirectly affects disaster preparedness by reducing poverty, improving health, and promoting access to information and resources.

As underscored by the most recent IPCC report released last week, climate change is expected to contribute to increased frequency of natural disasters around the world, with the greatest impacts on developing countries. Wolfgang Lutz, who led the research, argues, “Education both in its own right and as a means for poverty alleviation has not yet been put on the forefront for climate change adaptation efforts. There are many sound reasons to assume that education can contribute to vulnerability reduction and enhance adaptive capacity.”

Uncertainty in how much greenhouse gas we are emitting today means that climate targets may need to be even stricter, according to a new study published in the journal Climatic Change.

In order to prevent climate change from reaching dangerous levels, countries must limit greenhouse gas emissions, and in order to do that they must provide a clear accounting of those emissions. That’s easier said than done: emissions come not just from smokestacks and cars, but also from deforestation and agriculture. If emissions in a given year are higher than the uncertainty-fraught accounting says, the chance of limiting global temperature rise to 2°C could move out of reach.

“It’s not just uncertainty about what will happen in the future,” says IIASA researcher Matthias Jonas, who led the study. “We must account for the diagnostic uncertainty about how much we have emitted today.”

The argument for systems thinking on water and energy

Water and energy policy must take both systems—and the connections between them—into account, argue KTH researcher Mark Howells and IIASA researcher Hans Holger Rogner, in an editorial in the journal Nature Climate Change.