Breaking the habit: The path to a greener future

Options Magazine Summer 2017: In order to achieve environmental and sustainability goals, individuals around the world will need to change their behavior, to consume fewer resources and make less waste. But how can we break out of long-established patterns? 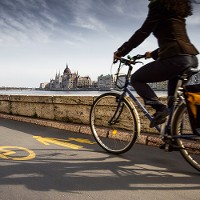 Despite rising carbon emissions, pressing food shortages, dwindling water supplies, and other
environmental problems, some people don’t bother to conserve. Airports are bustling with travelers even though flying is a major source of greenhouse gas emissions. The habit of hopping on planes is a growing concern because the industry is expanding. By 2050, aviation may account for 15 to 40% of the world’s CO2 emissions. In the UK, passenger traffic is expected to surge from 219 million in 2011 to 445 million in 2050. A recent study in the country found that even though UK citizens were environmentally conscious in other areas of their lives, they didn’t cut back on flying.

“We found that highly educated people had better environmental habits,” says Muttarak. “When people learned about the risks or dangers of climate change, it increased their awareness and gave them the means and ability to make a change.”

Education doesn’t just change individual behavior—it also causes societies to evolve. It affects fertility, mortality, and migration. The highly educated have better health, live longer, and have fewer children. And the effect lasts a lifetime: “Education is human capital which people can take with them when they grow up or move,” says Muttarak.

In a recent article, Muttarak and IIASA World Population Program Director Wolfgang Lutz proposed that climate change research should include the “demographic metabolism” of a population. The term refers to the changing characteristics of the people, from generation to generation. As more educated generations replace less educated ones, the world may see shift towards more awareness of environmental change and higher adaptive capacity to already unavoidable change.

Keeping an eye on the pie

Education isn’t the only way of influencing people—if we could see how others behaved, we might change our own behavior. In fact, open exchanges of information about the amount of a resource and its consumption could help prevent the squandering of that resource, according to a recent study by IIASA researcher Elena Rovenskaya, Talha Manzoor, and Abubakr Muhammad. They incorporated psychology in a model of how consumers use a resource. “It models mathematically how people may change their behavior,” says Rovenskaya, IIASA Advanced Systems Analysis program director.

Before deciding how much of a resource to consume, people look at two things: the amount of the resource and how much other people are harvesting. “Some people pay a lot of attention to what other consumers are doing and they adjust their own behavior,” says Rovenskaya. “Others do not.”

In the theoretical model, people who didn’t care about a scarce resource, or about the actions of others, took as much as they wanted. “People would conserve more if they coordinated among themselves and exchanged information,” says Rovenskaya. “If they learned more about consumer behavior and the amount of a resource, it would reduce or even prevent free-riding.”

Another benefit of exchanging information is that we learn about new products and discover new ways of doing things. Innovation can radically transform our habits. But what causes these behavior changes to go viral?

Charlie Wilson, a researcher at IIASA and the Tyndall Centre for Climate Change Research in the UK, is studying the spread of disruptive innovations through social media, face to-face communications, and neighborhood interactions. “If they’re adopted, they shake up the way mainstream behavior, practices, or markets function. The classic example is what the
microcomputer did to mainframe computing. I’m interested in disruptive innovations that can potentially reduce carbon emissions if they become popular.” Wilson points to things like sharing a car or zipping along on an electric bike or golf cart as examples of disruptive innovations.

“I’m interested in measuring the strength of all these different kinds of influences,” says Wilson. “We plan to study this by working with early adopters—people who are already using the technology.” During the four-year study, Wilson and his team will track the social networks of early adopters in Canada, Holland, Ireland, and the UK.

Although old habits can be tough to budge, new research is giving us the tools to pry them loose. By promoting education, we can increase awareness about our environmental footprints and alter behavior for the benefit of society. While giving up something as ingrained as a frequent flying habit may seem impossible, research is raising hope that by exchanging information or spreading innovations, we can turn people off autopilot and onto a more sustainable course.