Options Summer 2018: Sir Peter Gluckman is the chief science advisor to the Prime Minister of New Zealand, and an IIASA Distinguished Visiting Fellow. 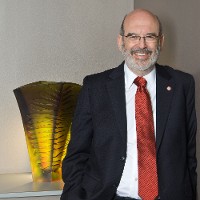 These national interests can be advanced at different levels using science. Most directly, a country can project influence through science or build a bridge to a country of interest. It can for instance, use science to advance its security or trade interests, or to gain access to needed technologies. It can be about better managing shared resources with another country, for example cross-boundary water issues. It can also be where the global interest is at stake, such as climate change or ocean pollution. Every country, whether developed or developing, has relationships with other countries, and increasingly these relationships have technological and scientific components. If we go beyond that and look at the global interest, science is critical to every one of the Sustainable Development Goals.

Given the centrality of science to addressing international challenges, it is surprising that we do not have better mechanisms to integrate science into international diplomacy. Very few foreign ministries have science advisors. The UN has no integrated system for bringing science advice into its decisions. In general, policy decisions are made in individual countries, not by international organizations–hence the need for more vertical integration between international agencies and domestic science advisory systems, which is perhaps best achieved through science advisors linked to their diplomatic service. Even today, there is often a need for countries to be convinced that it is in their national interest to work together and use science for global advancement.

If we want to achieve the Sustainable Development Goals, we will have to think a lot more about how we connect scientific knowledge, decision making, the international community, UN agencies, and domestic policy.

First, the United Nations and international organizations must better integrate their scientific advisory networks. As we think about the goals and the knowledge gaps that need to be filled, we also need to think about the system of science that will support this effort. The UN system does not currently have a coordinated system of science. This is sorely needed, and must reach beyond the heavily siloed system of UN agencies.

Secondly, foreign ministries need to better integrate science into their processes. This is already happening in a number of countries as we are seeing through two organizations, the International Network for Government Science Advice and the Foreign Ministers’ Science and Technology Advisors Network–both of which I chair–that are working together to promote and link the professions of science advice and science diplomacy. The latter has grown from four countries when it started two years ago, to over 25 countries today. What we are seeing is that a growing number of countries are taking an interest in being part of a forum where these topics can be discussed by people who are deeply engaged in them.

Ultimately, the success of these efforts will come from the demonstrated advantages it provides to countries. When one country sees other countries receiving benefits or advantages because it is using the tools of science diplomacy better or more effectively, they will take note.

In November 2017, Gluckman delivered an IIASA 45th Anniversary Lecture on this topic. The full text is available online.