The health benefits of systems analysis

Options Magazine Summer 2017: Understanding the linkages of planetary systems to health has never been more important, and IIASA is well-positioned to take a leading role on the topic; indeed, many of the institute’s core research areas are linked to health, either directly or indirectly. 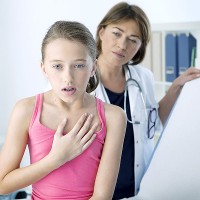 Health is likely to rate well above wealth when people are asked what’s important in life. And in striving for “good health” the world’s largest science community has been created. Health journals and health professionals regularly make headlines, and with a four billion dollar annual budget, the World Health Organization is a giant among international institutions.

IIASA scientists engage with health issues at many levels, including through studies of air pollution, climate change, ecology, evolution, land use, and water. The relevance to human health of these core research areas is often direct and sometimes indirect; but as the scientists make clear, understanding the linkages of planetary systems to health has never been more important, and IIASA is well-positioned to take a leading role on the topic.

“Any complex system is composed of elements and their interactions, and the health care system is no exception,” says IIASA researcher Stefan Thurner. In any health care system “it’s the patients, it’s the pharmaceutical industry, it’s the psychotherapists—you name it.” His point is that they are all interacting with each other but not always achieving the best possible outcome.

Thurner and colleagues set out to untangle the genetic and environmental risk factors for individual diseases in cases where patients who have one disease are likely to have another related disease—known as comorbidity networks.

Taking data from almost two million Austrian patients who had the same disease at around the same time, the team produced comorbidity networks with startling results. “We find that most diseases are dominated by genetic risk factors, not by a combination of genetic and environmental factors,” says Thurner.

He believes this type of modeling provides a completely new way of looking at the health of a population. “If I can spot myself in this comorbidity network as my life goes on I can predict my (disease) trajectory pretty well.” An example is diabetes, a disease where patients are likely to have other complications such as kidney and retina problems. Knowing the patient’s position in the co-morbidity network can provide a promising start to predicting the expected complications and then rationally optimizing the combination of treatments and medications.

The implications for interventions and public health programs are significant. “If policymakers know disease A causes disease B with a likelihood of 70%, and they know the costs associated with treating both A and B, they can compute the economic benefit of an intervention scheme.”

IIASA has become deeply involved in integrated research supporting the UN Sustainable Development Goals (SDGs), particularly thoseinitiativefocused on climate, energy, and education. For IIASA World Population Program Director Wolfgang Lutz, health is not only a SDG in its own right but is intimately linked to many other SDGs. “The essence of sustainable development is improving human wellbeing,” he says, but stresses that the focus should be on “sustainable wellbeing” with health as a key dimension and perhaps the most important factor.

With respect to health there is both good news and bad. The good news includes increases in life expectancy in most countries and progress in the reduction of some infectious diseases.

The bad news includes increasing environmental and climate-related threats such as air and water pollution along with new infectious diseases to which the elderly are particularly vulnerable. IIASA research can really have a meaningful impact across many fields relevant to health, from air pollution to food and lifestyle; disease adaptation, transmission, and new pathogens; and health systems.

Lutz says research on air pollution and its cumulative effect in the course of a lifetime is a perfect example of where IIASA programs should work together. “We know for sure that children in particular absorb this into their bodies but they don’t immediately become ill—that would only happen in cases of very severe pollution—so you need to consider the history of air pollution.” Lutz wants to see demographic life-cycle analysis combined with air pollution analysis, something very few people have done. “A perfect niche for IIASA,” he says.

Another field where IIASA expertise can give powerful health-related insights is in food and nutrition. Internationally recognized research in land-use and food production modeling could be expanded to moredirectly address health issues. “When planning work in this field we can combine established IIASA work with that of invited scholars who are better linked within the health community—and so define a niche where we can have an impact,” says Lutz.

The obesity pandemic is a case in point. Lifestyle, unhealthy nutrition, and obesity are big health challenges and Lutz says these are related to the population factors, such as education, which IIASA is currently studying. He gives the example of Austria, where there is a difference of seven or more years in life expectancy between the highest and the lowest education groups. This is partly related to lifestyle and behaviors like smoking. “In the past, infectious diseases killed the poor as well as the wealthy,” says Lutz, but today, education and behavior are now strong determining factors in life expectancy.

IIASA research is also well positioned to integrate existing insights into disease emergence, transmission, and adaptation, with research not only on climate and land use, but also human demography and behavior.

Then there is the broader question of systems analysis and its application to health systems. “A full and comprehensive systems view on public health is required where we not only look at singular risks but all risks in combination,” says Lutz, who believes that IIASA is in a position to develop its role in studying these health dimensions in a systemic way.

Health science must tackle the disease as well as treat the diseased populations. However, the history of disease eradication is a brief one. In only two cases have scientists found success; with smallpox and rinderpest. For many others, including malaria and polio, success has sometimes seemed near but in the end has proven elusive. Now, a new study could reinvigorate eradication campaigns by showing how evolution, population factors, and economics can interact to hamper eradication efforts.

Quite often an eradication campaign will meet with initial encouraging success and then encounter what Dieckmann and colleagues call the “eradication tail” where returns diminish and the disease persists. It’s then that scientists and policymakers have to be prepared for the long haul, perhaps involving decades of financial commitment.

“The disease itself can evolve, the pathogens can become resistant to treatment; the patients can evolve, changing their immune system, changing their resistance; and the carriers such as insects, can evolve.” This adaptive capacity has to be taken into account, says Dieckmann and cites integrative modeling as a way to achieve this when assessing the timescales and resources required for eradication campaigns. In fact it’s the “eradication tail” of the campaign which can bite, as Dieckmann and colleagues discovered when factoring costs into their modeling. “So you keep investing but there is no strong pressure from the society anymore because the disease is almost gone, but it’s not quite gone, and if you release the pressure it jumps back,” he says.

While the study shows that a model-based perspective can be useful for public health institutions aiming to eradicate diseases, Dieckmann is hoping that a sharper focus on health will bring other benefits. In particular IIASA can help develop data-driven integrated models, “that would enable us to look at multiple diseases, regions, transmission routes, environmental drivers, and intervention options. In this way, we can better understand and manage the synergies, trade-offs, and complex relationships among these components.” In the long term it’s the perfect challenge for an institute like IIASA to tackle.

Overview of research at IIASA