FotoQuest Go is a mobile app for the collection of in situ land cover and land use data by citizens, including geo-tagged photographs that document the landscape 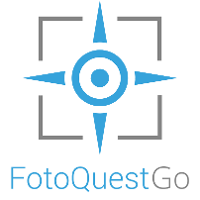 Every three years, the LUCAS (Land Use/Cover Area frame Survey) exercise takes place in which surveyors collect land cover and land use data at around 300K locations across Europe; this is at a considerable cost to the taxpayer.

Yet much more in situ data are needed to develop and validate remotely sensed products. Low-cost solutions are also needed. To fill this data gap and complement the LUCAS survey, the FotoQuest Go mobile app was developed.

Starting out initially as FotoQuest Austria in 2015, the app was expanded to Europe as FotoQuest Go, with the last data collection campaign running in the summer of 2018. The app is loosely based on the LUCAS protocol, directing users to a set of locations on the map (which also includes LUCAS locations) and then asking users to choose the land cover and land use based on the LUCAS classification scheme. Users also take a photograph of the location and in four cardinal directions away from the location to mimic the LUCAS process. 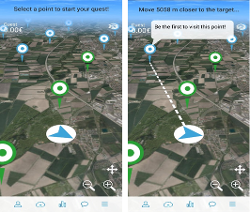 The app is designed to help users fulfil the protocol and thereby increase data quality, e.g., land cover is chosen from a visual, hierarchical decision tree while the compass is used to aid in the collection of photographs in the four cardinal directions.

One of the main advantages of including LUCAS locations in the FotoQuest app is that the data generated by the citizens can be compared directly with the authoritative LUCAS database for quality assessment. A near-real time quality assurance system was developed so that users would receive feedback on their answers within 24 hours. Different incentive schemes were used between 2015 and 2018 including prizes and monetary incentives, e.g., 1 EUR per data point collected.  Research by Laso Bayas et al. (2020) showed good ability of citizens to recognize high level land cover types, with notable improvements in quality between 2018 and 2015.

Another feature added to FotoQuest Go in 2018 was a question to users about land cover change. Given that LUCAS is used to document change and data were available from the 2015 LUCAS campaign, this allowed us to engage citizens in looking for changes on the ground in 2018 compared to the data collected by LUCAS surveyors in 2015.

FotoQuest Go (and the original FotoQuest Austria) were developed in the CrowdLand project, which was funded by a European Research Council (ERC) grant awarded to Dr Steffen Fritz as part of the European Union’s FP7 funding program. The data from the FotoQuest campaigns have been made openly available in IIASA’s DARE repository: http://dare.iiasa.ac.at/120/.

FotoQuest Go was also the basis for the Paysages mobile app, developed in the LandSense project for the project partner IGN (French National Mapping Agency). It was used in a case study in the French city of Toulouse where volunteers collected data on buildings and land cover change to enrich the authoritative land cover and land use database of IGN.