Natura Alert is a mobile and web application to report threats in protected areas, in particular, in Important Bird and Biodiversity Areas (IBAs) globally and in Natura 2000 sites in the EU 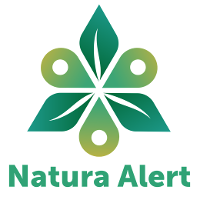 Since the late 1970s, the BirdLife network has been identifying and documenting the places on Earth with the greatest significance for the conservation of the world’s birds. As a result, more than 13,000 IBAs have been identified.

However, an increasing number of IBAs are under threat from damaging development. These sites face a wide range of problems that require a diversity of solutions. However, collecting information on threats has largely been a paper-based exercise in the past.

Using the latest digital technologies, Natura Alert is a tool for identifying threats in IBAs, Natura 2000 sites and other protected areas using the official threat categories developed by the International Union for Conservation of Nature (IUCN). With the Natura Alert mobile app, volunteers can go into the field and document the threats using the IUCN categories, adding photographs or video evidence. They are also asked additional questions about the threat such as spatial and temporal extent. The threat information is stored locally on the mobile phone so it can be used in the field with no internet or data connection. Once users are back online, they can upload the threat reports to the server. Examples of the Natura Alert mobile app are shown below. 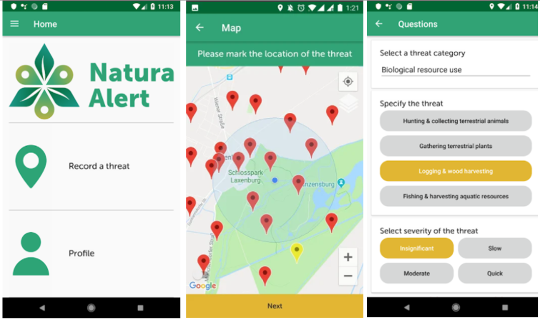 The Natura Alert web application allows users to view reported threats submitted via the mobile application, but users can also upload threat reports directly to the website. Another key feature of the website is targeted at national BirdLife coordinators, who compile status reports on IBAs on an annual basis, which then feeds into the World Biodiversity Database. Using the threat information collected, the national coordinators can compile the status reports directly in the web application. This has moved a paper-based exercise into an online environment.

Although LandSense is now finished, IIASA is continuing to support the maintenance of the mobile and web applications. In the future, the idea is to roll out the applications to other BirdLife partners around the world.