"Climate Modernity" - The 24H Challenge:
How do we want to live and act in the future in Styria ?

IIASA supports the provincial government of Styria in co-creating together with a representative sample of the Styrian population courageous and positive visions for a low-carbon and climate resilient future. 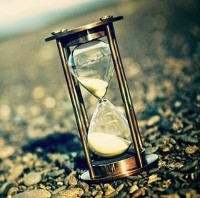 The climate crisis already today, and even more so in the future, dramatically affects almost every aspect of our lives. A challenge that also pursues new opportunities. While more and more nations are setting net-zero targets towards the middle of the century – Austria announced reaching net-zero by 2040 – there is still a lack of intermediate steps, concrete measures, and financing strategies around how to achieve those targets at different policy and governance levels. To operationalize the Paris Agreement’s 1.5°C goal and the follow-up Glasgow Climate Pact, we need courageous forward-looking visions, describing what a climate neutral and resilient society could look like in all its complex facets.

Accordingly, on Friday, January 14, 2022, a press conference will be held by the provincial government of Styria to officially announce the project’s kick-off.

The goal of the transdisciplinary “Climate Modernity” project is to develop courageous and positive visions for Styria, one of Austria’s nine federal provinces, which will be the groundwork for future decision making processes.  After an open application phase, which ends on February 6, 2022, 50 Styrians representing the federal province’s diversity, will meet for a joint workshop on 4 and 5 March to co-generate ideas for shaping the Styrian future under climate and global change.

The "Climate Modernity- 24h Challenge" is a transdisciplinary cooperation project between Quantuum, the Wegener Center of the University of Graz and IIASA's Equity and Justice (EQU) research group, funded by the Province of Styria and sponsored by GRAWE AG and Komptech.

Applications can be sent to  until 6 February 2022,

For more information please visit the website (in German)