The ambition of ERM is to push stylized Integrated Assessment Models (IAMs) to a higher level of applicability so as to inform the real-world policy process related to climate change. 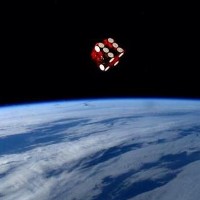 Stylized IAMs are models with a low complexity that enable us to test a large set of policies and choose the best one among them. Following the DICE model (Dynamic Integrated model of Climate and the Economy) developed by William Nordhaus, mainstream research focuses only on a limited number of climate-economy paths generated by so-called optimal policies. Unfortunately climate change caused by economic growth is an extremely complex problem that cannot simply be reduced to the selection of the best policy with respect to one rather arbitrary utility criterion, as is currently happening.

Our ambition is to push stylized IAMs to a higher level of applicability to inform the real-world policy process related to climate change. To make this possible, we propose the Medium Complexity Earth System Risk Management (ERM), a coherent methodology addressing all four limitations. Innovations include transferring the concepts from mathematical control theory and robust decision-making (RDM) to IAMs. Further innovations include decision procedure ensuring viable policies that are in line with evidence-based risk aversion. ERM applied to the DICE model results in a model of the next generation, ERM-DICE, with climate and carbon modules of DICE being recalibrated to account for the latest advances in Earth system modeling and observational constraints. ERM-DICE will be freely available as a software tool to be used for further analysis.