Dynamics of land cover and impact on stream flow in the Modder River Basin of South Africa: Case study of a quaternary catchment

Onalenna Gwate of Lupane State University, Zimbabwe, studied changes in historical streamflow and rainfall patterns with reference to dynamics in land cover in the C52A catchment in South Africa. 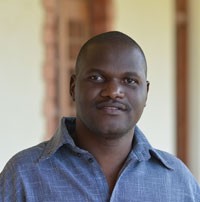 Land use and land cover play a crucial role in driving hydrological processes within watersheds. It is thus imperative to understand the coupling between land use change and the generation of streamflow in a catchment, as this influences water balance [1]. Most hydrological studies are based on paired catchment and modeling approaches. These are data-intensive and require a long period of monitoring. To determine the hydrological effects of tropical vegetation conversion over large areas, it is manageable to study the same basin over different time periods. Studies on the effect of land cover changes on streamflow have yielded different and contrasting results. It was reported by [2] that stream flow patterns with respect to land cover dynamics enables assessment of sustainability of land use systems because the stream flows are reflections of the ecological state of the entire watershed. This study analyzed changes in historical streamflow and rainfall patterns with reference to dynamics in land cover in the C52A catchment in South Africa.

Dynamics in land cover between 1993 and 2013 were assessed using land sat images. To this end, classified land cover maps for 1993, 2004, and 2013 were generated for the catchment. Furthermore, average annual streamflow and rainfall data from 1984 to 2013 were subjected to a number of shift and trend detection methods (shift, the Median change, Kruskal-Wallis and the Mann-Whitney tests; trend, Kindall’s tau and Spearman’s rho tests [3]).

Results revealed that huge land cover changes coincided with significant (p<0.05) changes in streamflow, although rainfall remained homogenous over the same period. This suggests that land cover change is intricately coupled to increases in streamflow. In addition, increased runoff is usually accompanied by increased rates of erosion and siltation. To ensure sustainable management of the catchment, therefore, soil and water conservation measures are critical within the broader context of integrated water resources management.

Onalenna Gwate of Lupane State University, Zimbabwe, is a citizen of Zimbabwe and was funded by IIASA’s South African National Member Organization during the SA-YSSP.