Seven resident scientists from the Transitions to New Technologies (TNT) Program served as Lead and Contributing Authors, Editors, or Review Editors on the Fifth Assessment Report (AR5) of the Intergovernmental Panel on Climate Change (IPCC). 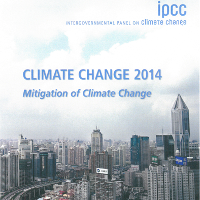 The IPCC AR5 builds critically upon the findings of TNT research and on the contributions of TNT scientists, who were responsible for coordinating core topics of the AR5.

TNT scientists also contributed to the Synthesis Report, Technical Summary, and Summary for Policymakers of the Working Group III Report. They contributed to seven chapters of IPCC AR5 Volume III.

TNT scientists were among authors selected to participate in the final negotiations with country delegations at the IPCC plenary meetings in Berlin and Copenhagen.

The Transitions to New Technologies (TNT) Program, in collaboration with the Energy (ENE) Program, developed a database containing the largest-ever ensemble (1,200) of greenhouse gas (GHG) emissions scenarios to support the writing teams of the Fifth Assessment Report (AR5) of the Intergovernmental Panel on Climate Change (IPCC). The hosting of the databases was entrusted to IIASA. More

The critical importance of technology and the resulting need for enhanced innovation efforts for climate protection was comprehensively assessed and illustrated through two major international modeling intercomparison exercises that were completed in 2014: the Energy Modeling Forum (EMF27) and the EU project AMPERE. More

Having played a major role in the Global Energy Assessment (GEA), Transitions to New Technologies (TNT) scientists are making a major contribution to the Sustainable Energy for All (SE4All) initiative, which is based on the GEA. The linkages between sustainable developed and climate protection that are at the core of SE4All have also been integrated into the IPCC AR5. More