Risks of correlated wheat yield losses in the world’s breadbaskets

Franziska Gaupp, of the University of Oxford, UK, used the copula methodology to model drought events and subsequent yield losses in regions that produce large proportions of the world’s food. 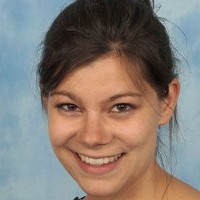 As the 2008 food price crisis or the 2010 drought in Russia and other cereal producing areas have shown, it is mainly the confluence of weather extremes in different parts of the world that cause price shocks and risks to food security which can lead to famine and political instability. However, to date, little is known about the drought and yield loss dependence structures of the global “breadbaskets”.

In order to model the interdependencies between wheat yield deviations in five “breadbaskets” - USA, Argentina, India, China, and Australia – the copula methodology is used. The copula methodology goes back to Sklar’s theorem [1] which allows to build multivariate distributions using a copula and univariate marginal distributions. This study uses and compares two different ways of constructing multivariate copulas: vine copulas [2] and ordered coupling using the mini-max approach [3]. Wheat yield data is taken from historical observations in the major food producing countries on a state/province level.

Investigating the correlation structures of wheat yield deviations, both within and between “breadbaskets”, we find high correlations within but not very significant correlations between the regions. Comparing overall wheat production losses in the "breadbaskets”, we show that ignoring the correlation structure between the different states/ provinces leads to significant underestimation of risks of production losses. On a global scale, the difference is not as significant. Furthermore, the comparison between different copula structures and copula families shows that the choice of structure is not relevant in most “breadbaskets”.

The results of this study show clearly how important it is to consider the correlation structure of wheat yield losses. This is especially interesting for crop insurance schemes or crop price forecasting. Further research could investigate the effects of increased variability in wheat yields and of future wheat production projections and how they will change likelihoods of production losses.

Franziska Gaupp, of the University of Oxford, UK is a citizen of Germany. She was funded by the IIASA German National Member Organization and worked in the Risk, Policy and Vulnerability Program, during the YSSP.