The Energy Program (ENE) has had substantial policy impact from national to global levels; contributing substantially to both international negotiations at the Paris climate summit and national climate change policies. ENE’s policy impacts also go further, helping to inform decisions on how to benefit from the synergies between development and climate change mitigation policies. 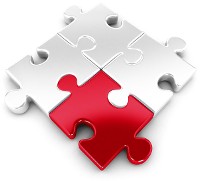 The UN Framework Convention on Climate Change (UNFCCC) synthesis report of the Intended Nationally Determined Contributions (INDCs) referred to both the Intergovernmental Panel on Climate Change (IPCC) Fifth Assessment scenario database hosted by IIASA and the EU project Assessment of Climate Change Mitigation Pathways and Evaluation of the Robustness of Mitigation Cost Estimates, the relevant part of which was led by ENE. ENE researchers also found that the INDCs would reduce air pollution and energy dependency, two factors that could help convince countries to make their targets more ambitious.

In other work on climate objectives and agreements, ENE researchers contributed to the UNFCCC’s Structured Expert Dialogue in order to review its long-term climate goal of preventing dangerous interference with the climate system [1][2].

Looking to the future, ENE hosted the IPCC Expert Meeting on Scenarios in 2015, bringing together 91 leading experts from 29 countries to jointly reflect on the use of scenarios in the next IPCC Assessment, and how better integration of mitigation, adaptation, climate change impacts as well as broader sustainable development objectives may be achieved [3].

ENE collaborated with the Center for Policy Research, New Delhi, to analyze the state of knowledge on modeling efforts to project India’s greenhouse gas (GHG) emissions pathways, and their relationship with development objectives. This collaboration resulted in two sets of high-level policy reports that were circulated to decision and policymakers.

A recent World Bank report “Shock waves: managing the impacts of climate change on poverty” made reference to ENE research quantitatively linking human development to GHG emissions. This can illuminate the synergies between development and climate change mitigation better than can traditional approaches that focus on GDP. Another World Bank report, scheduled to be published in 2016, used ENE research analyzing policy pathways to achieve the goal of access to clean energy for cooking by 2030 in Central America.

ENE collaborated with the World Resources Institute on a field study to assess the socioeconomic benefits for households using renewable-based off-grid systems in South Asia. The results revealed unexpected heterogeneity in the electricity service conditions and resulting benefits between grid or off-grid customers.