Nutrition transition and the future of food demand in India

Kakoli Borkotoky, of the International Institute for Population Sciences, India, investigated the trends in dietary patterns in India, showing that total calorie intake increases with education, but the consumption of some foods, such as red meat and alcohol, declined with an increase in education. 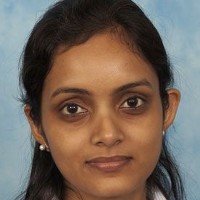 A puzzling feature of Indian economic development over the past few decades has been the movement of per capita income and average per capita calorie intake in opposite directions. The per capita incomes have increased, and average per capita calorie intake has declined over time. The decline is not limited to the rich; the poor have also reduced their calorie intake. As the Indian population is rising, it is important to examine the drivers of change to understand future demand and its potential impacts on the environment. In particular, different scenarios of change in the age-sex composition of the population, education, and future economic growth could lead to very different patterns in the future.

The study uses household-level data from the Consumption Expenditure Survey (1993-94, 2004-05, and 2011-12) of the National Sample Survey Organization to examine the changes in the food consumption pattern in India. We first analyze the effect of place of residence, education, religion, and monthly per capita expenditure (MPCE) on per capita calorie consumption using log-log regression models. We also look at the effect of these drivers on diet composition using more than 120 food items classified into 17 food groups. On the basis of the econometric results, we perform some projections of future calorie intake in India at a detailed level. For this purpose, we relied on data produced for the Shared Socioeconomic Pathways scenarios for the future in India.

The results confirm an overall decline in per day calorie intake in India during the study period. However, urban areas show an increase in per capita calorie intake for the most recent data. Increase in education and monthly per capita expenditure increases total calorie intake, but the consumption of cereals, red meat, vegetables, and alcohol declined with an increase in education. The results further indicate that the interaction effect of time with religion changes the direction of association for religion as a driver of consumption of oil, eggs, and red meat. The projections also indicate a decline in overall calorie intake in India after including the projected age-sex composition, educational attainment, and economic growth over time.

Kakoli Borkotoky, of the International Institute for Population Sciences, India, is a citizen of India. She was funded by the IIASA Indian National Member Organization and worked in the Ecosystem Services and Management Program during the YSSP.