A dismal future? Toward a new model of labor market dynamics based on evolving demographic variables 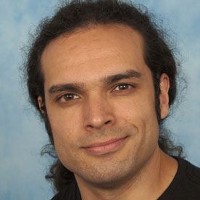 In the last decades there have been significant discussions about the future of labor markets, especially as the life expectancy of individuals is continuously increasing over time. This is crucial for pensions systems, as most of the schemes depend on the amount of time that individuals stay in the labor market. Standard models assume that individuals work between ages 15-64 and then retire. However, especially in developed countries, individuals now rarely start working at age 15 and, increasingly, do not retire at the age of 65. We develop a model in which individuals decide their optimal retirement age according to changes in demographic and economic variables.

We develop a theoretical life cycle model where individuals take decisions based on their income, health status, and life expectancy. Lifetime is divided in two broad periods: a period when individuals work and a period where they are retired. The length of these periods is endogenous: individuals decide when to optimally retire in order to maximize lifetime utility. We then use life tables from the UN “World Population Prospects: The 2015 Revision” to forecast how retirement ages would evolve under different scenarios.

We test different assumptions on economic variables and pension schemes and we see that in all of them individuals should naturally be delaying their retirement age by around eight years by the end of the century. The nature of the pension scheme, however, has a big impact on the decision, as defined benefit schemes tend to give enough incentives to people to retire before the optimal time on an equitable pension system.

The forecasted postponements in retirement immediately imply that the ratio between people in the labor market and retirees should not be as bad as expected with the standard models. Should countries take extreme measures designed to deal with this “support ratio” problem? The answer, of course, depends on many factors, but most importantly on the configuration of the pension system. In the end, if the system is not designed in such a way that individuals receive something that is commensurate with what they are contributing, then problems will definitely arise.

Miguel Poblete Cazenave, of Stony Brook University, USA, is a citizen of Chile. He was self-funded and worked in the World Population Program during the YSSP.