Jiayi Fang, of Beijing Normal University, China, demonstrated that although marine disaster reduction measures by the Chinese government have been effective, they will face new challenges under climate change. 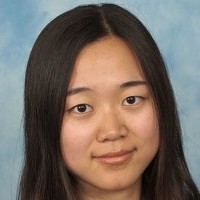 First, the annual variation and geographic distribution of direct economic losses and casualties caused by marine disasters at provincial level in China were analyzed based on collected multi-source data of marine disaster damage of China from 1989-2014. Second, an indicator system for coastal resilience in China was built from six capitals: human, natural, physical, financial, social, and institutional capital, adapted from resilience framework in the IIASA flood resilience project [1]. Thirty-two indicators and 47 sub-indicators were calculated by using entropy weight to evaluate coastal resilience in 2000 and 2010. Finally, changes in coastal resilience and coastal disaster changes were diagnosed and measured.

i) In the temporal dimension, the direct economic loss induced by coastal disasters showed no obvious trend, but casualties showed an obvious decreased trend from 1989 to 2014 although population has increased rapidly in coastal China; ii) In the marine disaster category, storm surge caused the most economic losses, up to 92.49 %, making disastrous waves the main contribution to casualties since 1998; iii) In the space dimension, Guangzhou, Fujian, and Zhejiang suffered the highest direct economic loss induced by marine disasters, and Zhejiang, Fujian, and Guangdong suffered the highest casualties from 1989 to 2014; iv) Overall, the coastal resilience index increased from 2000 to 2010; the largest increase was in institutional capital, while natural capital decreased.

Jiayi Fang, of Beijing Normal University, China, is a citizen of China. She was funded by the IIASA Chinese National Member Organization and worked in the Risk, Policy and Vulnerability Program during the YSSP.