The dynamics of female-headed households, economic vulnerability, and climate variability in South Africa

Martin Flatø, of the University of Oslo, Norway, examined households in South Africa in which women are the senior figure—so called female-headed households—and demonstrated that they are substantially more economically vulnerable to climate variation. 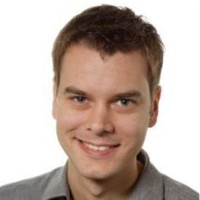 Existing gender inequality is believed to be heightened as a result of weather events and climate-related disasters that are likely to become more common in the future. We show that an already marginalized group—female-headed households in South Africa —is differentially affected by relatively modest variation in rainfall.

Data from three waves of the National Income Dynamics Survey (NIDS) in South Africa allowed us to follow the incomes of 4,162 households from 2006-2012. By observing how household income is affected by variation in rainfall relative to what is normally experienced during the rainy season in each district, our study employed a series of naturally occurring experiments that allow us to identify causal effects. Furthermore, much of the vulnerability to poverty literature cannot distinguish differential vulnerability of female-headed households from heterogeneity which not only makes this group worse off, but may also create a different income trajectory over time, and which may have contributed to the household becoming female-headed in the first place. In this study, we are able to control for characteristics of the household through fixed effects, and also take into account that different headship groups may have diverging time trends.

Martin Flatø, of the University of Oslo, Norway, is a citizen of Norway and was funded by the IIASA Norwegian National Member Organization during the SA-YSSP.