Future ethylene demand in the era of shale gas: An economic and environmental assessment of a sustainable technology

Gillian Foster, of the Vienna University of Economics and Business, Austria, estimated the future demand for ethylene in the US and the impact of gas prices. 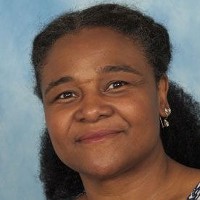 The research explores the future demand for ethylene, an important petrochemical, in the context of the American natural gas boom and how demand is associated with natural gas prices and societal approaches towards climate change. Sustainability transition approaches call for replacing non-renewable fossil fuel as the main feedstock for petrochemicals; however, there are few published studies. Also, the recent advent of unconventional shale gas from hydraulic fracturing and horizontal drilling in America has redefined the economics of ethylene manufacturing because gas is used as feedstock. This study focuses on three questions. What is the future demand for ethylene in the US? How is demand affected by gas feedstock price? What is the contribution of ethylene production to US energy demand for fossil-fuel feedstock and CO2?

To estimate future ethylene demand to 2050 and compare three natural gas feedstock price scenarios, this econometric analysis employed a multivariate vector autoregressive model as a key tool. Relationships among and between individual variables such as causality, response to sudden shocks, and forecast variance were determined. The historical dataset (1986-2014) and forecasted data (2015-2050) included monthly data from several US government agencies. To estimate ethylene’s share of US energy demand and CO2 emissions, data was gleaned from private sector data, US government data and the International Energy Agency (IEA).

The model estimates that future demand for ethylene in 2030 and 2050 will be 41 and 46 thousand barrels per year, respectively, using the IEA reference case gas price forecast in its Annual Energy Outlook 2015. This is a 43% increase from 2014 in 2050. A 50% less gas price scenario, results in a 95% rise in ethylene demand in 2050. A 50% gas price increase over IEA’s reference case slows demand dramatically to only 7% in 2050 or 34 thousand barrels. The research generated an estimated range of CO2 emissions from ethylene crackers in the US in 2013. The high estimate associates 75% of all ethylene production capacity with 29 million metric tons or 0.6% of all US CO2, which is 18% of industrial CO2. A conservative estimate is that 45% of ethylene production capacity is associated with 17.4 million metric tons, 0.4% of all US CO2, which is 11% of industrial CO2.

According to the model forecasts, US ethylene demand will grow through 2005 under all gas feedstock price scenarios. Surprisingly, the price of natural gas feedstock was not an influential predictor of ethylene demand as crude oil price; however its impact is longer. Ethylene demand responded to a gas price hike by lowering as expected, returning to its mean in about 36 months. Ethylene demand was not driven by personal consumption in the long term, which implies that demand is inelastic. Although ethylene’s share of overall CO2 emissions is less than 1%, it holds a significant share of industrial CO2 emissions, 11%-18%. Furthermore, the majority of sites are in two states (Louisiana and Texas), making ethylene a very concentrated source of significant emissions that can be targeted by climate change mitigation policies that would advantage biomass/ethanol feedstock.

Gillian Foster, of the Vienna University of Economics and Business, Austria, is a citizen of the USA. She was funded by the IIASA US National Member Organization and worked in the Energy Program during the YSSP.