Vincent Hin, of the University of Amsterdam, the Netherlands, explored the evolution of cannibalism in fish, showing that harvesting from populations with cannibalistic tendencies can lead to stock collapse at lower fishing mortality rates than for non-cannibalistic populations. 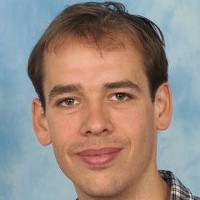 Natural populations react to harvesting by showing demographic, phenotypically plastic, and evolutionary responses. The understanding that evolutionary responses to fisheries can be rapid is supported by observational, experimental, and modeling studies. To date, however, research on fisheries-induced evolution has mainly focused on a limited number of life-history traits, including maturation schedules, growth rates, and reproductive investments. Consequently, selective changes in other traits, especially in those related to ecological interactions, have been largely ignored. Cannibalism is such an interaction that is especially frequent in fish populations: many fish species grow considerably in size during their life, which facilitates the predation of small fish by large conspecific fish. The aim of this project is to understand which ecological factors drive the evolution of cannibalism and how this is affected by fishing.

I use a physiologically structured population model (PSPM) to study the ecology and evolution of Arctic char populations. This species is commercially harvested in some parts of its circumpolar distribution and has a highly variable life history and ecology. Several instances of cannibalism have been documented in Arctic char. The PSPM describes the ecological and bioenergetics processes an individual undergoes throughout its life as a function of its physiological state and the state of its environment. The latter, in turn, is influenced by the joint impact of all individuals in the population. This feedback shapes the selection pressures that drive evolutionary change.

These results indicate that incorporating cannibalism in fisheries models does not change the predicted population response to harvesting in a qualitative manner. However, when cannibalism evolves, populations become more vulnerable to harvesting and collapse at lower fishing mortality.

Vincent Hin, of the University of Amsterdam, the Netherlands, is a citizen of the Netherlands. He was funded by the IIASA Dutch National Member Organization and worked in the Evolution and Ecology Program during the YSSP.